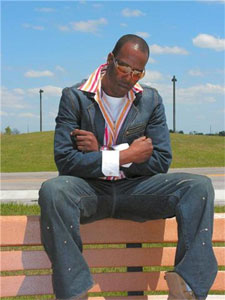 Despite encountering some hiccups with the backing band, Nitty Kutchie stood his ground and delivered like a true professional as the members of the VIP sang in unison. With one of the year's biggest and most anticipated show behind him the singer has now set his sight on the Caribbean island of St. Maarten where he is booked to appear as the headliner for a concert in January.

The event will be hosted by Just Living Brotherly (JLB) Entertainment on the 22nd of January and based on current feedback from the promotional team is expected to attract a large gathering due to Kutchie being a favourite amongst the locals.

Leading up to the show the artiste and his management team will embark on a series of interviews and courtesy calls at various radio and television stations throughout the the Caribbean state.

The singer whose real name is Andrew Reid  is now working assiduously in the studios on several upcoming projects while promoting his newly release single ‘Guide Me Jah’ on the Heart Melodies Rhythm compilation produced by Flava Squad Entertainment.