It's Time To Get Behind De Truck 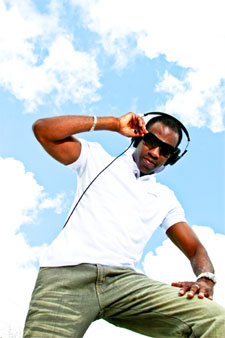 What a season it’s turning out to be for Shurwayne Winchester and the team of musicians who make up the unit he calls, YOU!!!

With an event agenda that began from the peak of the Christmas season both locally and across the region, to a carnival calendar that spans every big fete and all-inclusive, the question merely remains- what will they come with next…?

The two-time road march winner has been on fire from the very beginning of his journey into Carnival 2010 and while his humility keeps him grounded, the people who keep their ears to the ground, know oh too well, what the ‘Iron Man’ is capable of doing.

Another BIG release will penetrate the airwaves on Tuesday, January 5th- just in time for Shurwayne’s performance at the Blazing Fire Fete, which takes place on Saturday January 9th, along Wrightson Road in Port-of-Spain.

His appetite to capture the masses in a way that no other artiste will in 2010 is the reason for, “Behind de Truck.”

Simple yet strong, plain yet instructive- Winchester gives revelers little opportunity to breathe in the soca track that was originally produced by YOU and given the final touch of completion by super- producer, Daryl Braxton. It’s a road tune that is a guaranteed hit, stepping into the heat of the season.

The track is built around the raw element that is Trini carnival with focus being set on the big trucks that have become the ammunition for revelers to let loose alongside, as they wine, jump and wave on every street, every roadway and certainly on every pavement come Carnival Monday and Tuesday. Shurwayne says all that is carnival moves behind the trucks… He adds, “ The song is just about that- the raw, untamed reality of what carnival in T&T represents. The trucks present the truth of Carnival, as it should always be.”

This is one for the road, one for the fete, one for the season and according to the masters of production, this song is 4 minutes and 13 seconds of adrenaline pumping energy that summons the masses to their rightful place- behind de truck!

This season, look out for Shurwayne and YOU on every corner, on every stage- in de carnival!!!