12 the Band Live this Friday Night With Special Musical Guests 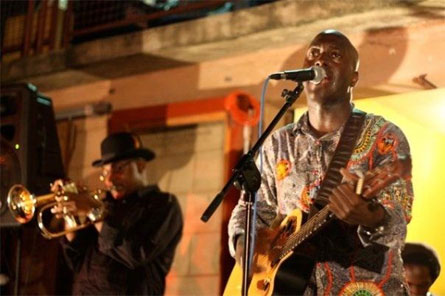 They will be joined by a cast of some of Trinidad's foremost experimental music bands including Stop.Motion and Gyazette Live.  Blue Emperor, the latest musical experiment from Orange Sky frontman Nigel Rojas will also be part of the night's entertainment.

This Friday’s concert is to raise funds for the band’s upcoming performance at Rockstone and Bootheel : Contemporary Art from the West Indies.

The one week group exhibition, which features contemporary works by visual artists from across the anglophone Caribbean, takes place this March in Connecticut.

Tickets for this Friday's concert cost $150. Patrons can get discounts on tickets with the purchase of the 'Streets and Avenues' CD from the Alice Yard Shop. For further details, email helloaliceyard@gmail.com.