New York, NY (Sonique Solutions) –Trinidad and Tobago’s Carnival 2010 marks the emergence of the latest addition to the Soca fraternity.

Boasting a lifetime affair with Soca both as a fan and as a Disc Jockey, Young Voice whose birth name is Kevin James has finally made the step to continue to build on the foundation laid by the very artistes that have influenced him i.e. to take the genre to unforeseen heights in the global sphere of music utilizing a fresh attitude and approach to the industry.

Young Voice, an avid songwriter from since his adolescent years was raised between Trinidad and Tobago and Brooklyn, New York. He decided to pursue his passion for writing and performing Soca music upon graduation from John Jay College where he obtained a Bachelor's degree in Forensic Psychology and this year has brought forth four musical offerings in time for 2010’s Carnival celebrations.

His first single entitled "Jumper Cable" which is already building momentum in the U.S. and the Caribbean was produced by Shawn “Da Ma$tamind” Noel of Ma$tamind Productions. This track is geared to inspire women to move their waistlines in parties and give them that much needed “jump start” when tiredness and low energy becomes apparent.

In addition to "Jumper Cable", Voice (as he is often called) plans to promote three other recently recorded songs: "Carnival Come Back", “It's Jouver't", and "To de Stadium". Not only has his music been embraced by individuals in various countries but he has also received several nods of approval and encouragement by Soca music fans and DJs alike for his efforts as a new artiste. 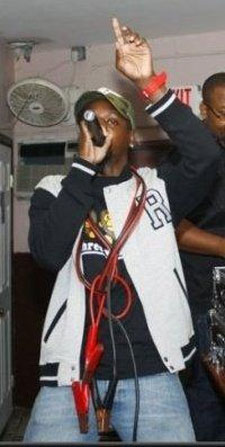 The Soca Industry is often viewed as a tough environment for a new artiste to penetrate, however, Young Voice believes that if the music is powerful enough for the masses to appreciate then DJs will have no choice but to play it. “The Soca industry has a lot to offer and it’s up to the artistes to make use of the resources and bring their talent to the industry to make it a better one and help Soca rise to new levels”. He further added, “If they (The powers that be in the industry) hold us back and don’t give us a chance then Soca will never reach the billboard charts”.

To further emphasize his “Break through the Barriers” mentality, Voice has taken full advantage of tools such as the media and internet to boost his music and career, he also has collaborated with top Soca producers including Da Ma$tamind, Jason “Neutron” Carter and Tony “Mad Architect” Brown and recently he retained the services of Caribbean Entertainment Publicist Damian Sogren.

When asked about what differentiates him from other Soca hopefuls, he said, “My writing style, lyrical content, and performances are what will make me stand out in this industry. Other artistes from different genres of music help to shape my style of writing and stage performances. My promotional skills will also make me stand out as a new artiste because people would realize how happy I am doing my music and how much I want to take Soca to where it needs to be along with all of the other artistes that have already paved the way.

In an age when new acts seldom thrive and so much fresh talent goes unnoticed, it is evident that amidst the screams and shouts of the dominant forces, a Young Voice can still be heard.