Coppershot Nominated For 'Sound & Producer of The Year' 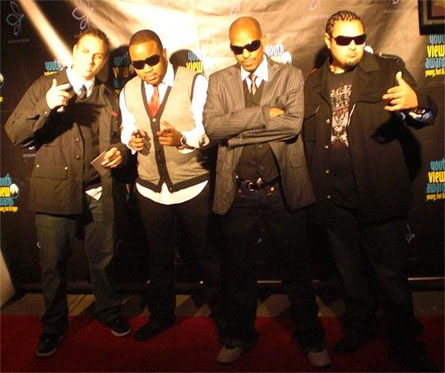 Kingston Jamaica: January 12, 2010: 2010 has started off as another promising year for Kingston's hottest sound, Coppershot Disco.  Nabbing two nominations and gearing up for a tour of the United States, the sound is celebrating and thanking fans for their prosperity, as well as continuing to work hard. Coppershot is nominated for ‘Producer of the year’ at the Excellence in Music Awards (EME) and ‘Sound of the year’ at the Youthview Awards (YVAs). Last year Coppershot easily walked home with the ‘Sound of the Year award at the YVAs and hopes to repeat their success.

Matthew Gray from Coppershot commented, “it’s great to be nominated again, especially by the younger generation cause they are the ones who propel the music and determine what’s hot. So to get their nomination means we’re doing something right and hopefully we can take home the award again this time around.”

At the EMEs, Coppershot was nominated for the chart topping song Rich This Year by Charlie Blacks, which they produced. Gray added, “it was quite a shock to get nominated but a pleasant surprise to receive that nomination and to be grounded in the same category alongside many great producers. We enjoyed great success with Rich This Year and Charlie Black who’s a great artiste, and to be nominated for this award continues to motivate us to continue in the studio and putting out quality music. It’s a great time in our career and of course thanks to everybody who supported us throughout and helped to bring us to where we are today.”

Coppershot continues to produce new and exciting songs such as Christmas in JA from Tony Matterhorn, Knock Off by Ding Dong and Flippa Mafia, as well as Follow Through by Voicemail and Pon Yuh Knee from Busy Signal.

The Coppershot US tour kicks off on January 15th in Boston, after which they will do several dates in Las Vegas, Baltimore, Florida and other locations.