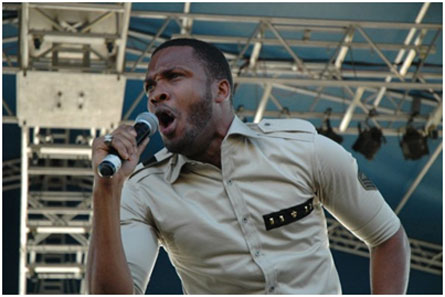 Assassin has secured his place as one of dancehalls best stage performers. This was evident at the recent staging of Pepsi Rebel Salute where he closed the show.

Thousands of patrons waited in the morning sun for Agent Sasco to take the stage. It was not until 8:25 am that Assassin, dressed in full khaki, took the stage to deliver yet another splendid performance. He had fans singing along to hits like Hand to mouth, Wha Do Dem Guy Deh,Priority, Almighty Protect to name a few.

Stage show fans have shown that Assassin performance is the type of performance that is appreciated and should be expected from top artist of his caliber.  Too long they have been shortchanged by artists who choose to do two lines of each song then "Pull Up" or "Dash Whey Dat" to the patrons’ disgust as they really never get to hear the songs performed but only to be teased.

Assassin has grown over the years, and with growth come maturity and Agent Sasco is the product of such. Agent Sasco is an extension of Assassin that focuses more on the issues in society.  He has been giving excellent performances even receiving and extended round of applause after his recent performance at Sting 2009 and proved to be the “Real Big Man” at Guinness Sounds of Greatness.

1 Response to "Assassin a.k.a. Agent Sasco - The New Performance King"