Digicel And Shaggy Collaborate On Song To Raise Funds For Haiti 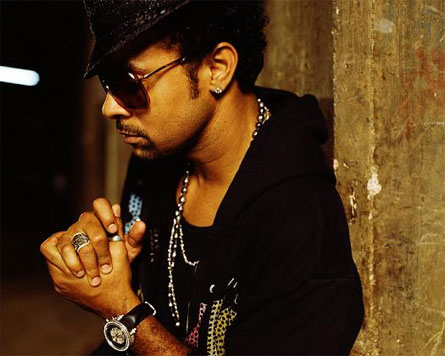 Rise Again is a Caribbean song, which was written and performed by Caribbean artists for the people of Haiti.

After being approached by Digicel to write the song, Shaggy went straight into the studio with Christopher Birch, producer of his diamond-selling album – Hot Shots. The song was written in less than a day and the rhythm produced within five days, and artists such as Sean Paul and Sean Kingston – as well as other top Caribbean artists – were quick to come on board and lend their support. Rise Again is being released worldwide and 100% of the proceeds will go directly to the Digicel Haiti Relief Fund.

Speaking about the launch of the song, Shaggy said: “Rise Again is for the people of Haiti. It is to show them that we are here for them and that we will support them each step of the way as they begin rebuilding their lives which were shattered by the earthquake. I am very proud of this song and the collaboration with Digicel. With today’s launch of Rise Again, we can raise much needed funds to support the relief efforts in Haiti.”

Digicel Group CEO, Colm Delves, said: “As part of the Digicel Haiti Relief Fund, we wanted to collaborate with international artists to produce a song that would support the people of Haiti who lost so much as a result of the earthquake. People across the world can purchase Rise Again and all proceeds will go directly to the relief efforts in Haiti.”

Rise Again is already making waves in the US with E News carrying a preview of the song on the E!TV Entertainment News.

As the single largest investor in Haiti with a total investment of U$300 million since its launch in 2006, Digicel has over two million customers in Haiti. The Digicel Haiti Relief Fund has donated US$5 million to NGOs in Haiti to support the relief efforts and over US$500,000 has been raised by Digicel customers across the Caribbean and Central America through a text and voice donation line. Digicel also gave each of its two million customers US$5 in free credit – totalling US$10 million.

In addition, over 60 video messages of support have been recorded by well known people such as the Fastest Man in the World, Usain Bolt; President Martinelli of Panama; West Indies legend, Sir Garfield Sobers; and many more. All videos are available to view on www.facebook.com/helphaiti.

After eight years of operation, Digicel has 8.8 million customers across its Caribbean and Central American markets and is renowned for competitive rates, unbeatable coverage, superior customer care, a wide variety of products and services and state-of-the-art handsets. By offering innovative wireless services and community support, Digicel has become a leading brand in the Caribbean and has placed the region at the cutting-edge of wireless communications – the company is also a recent entrant to the Central American and Pacific markets.

In total, across its 32 markets, Digicel has 10.3 million subscribers.