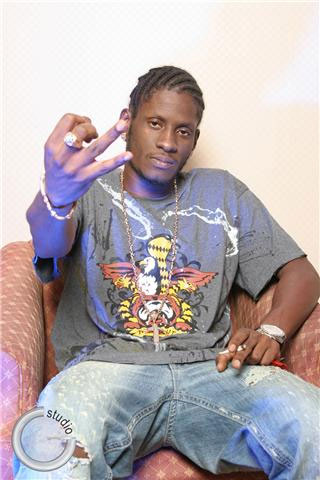 Kingston Jamaica: January 27, 2010: Potent dancehall lyricist Aidonia who last week left the island for a two weeks stint in the U.S. is very happy with the progression of the tour.  The deejay whose real name is Sheldon Lawrence last week thrill fans in Bronx, New York before heading off to the neighbouring Connecticut to headline a concert in Hartford.

While in Connecticut, Aidonia showed once again why he was nominated as one of the top dancehall artiste of 2009 in the 2010 Youth View Awards as he brought the house down leaving the thousands in attendance screaming for more.

After a stellar performance on Saturday night the J.O.P leader returned to New York where he was one of the specially invited guest on HOT 97 - Fire Sundays programme hosted by Massive B, other invited guests were Bugle, Demarco, Charly Black and upcoming female sensation I’Shawna. During the interview segment of the show the artistes segued into a lyrical cipher much to the delight to the listening audience.

Later this week the deejay will headline concerts in Queens and New Jersey before returning home for a performance at the 2010 Youth View Awards to be held at National Indoor Sports Centre on Saturday February 6, 2010.

Following the award show he is expected to begin preparations for an extensive tour of Europe.