Junior X Is Number One With The Pill 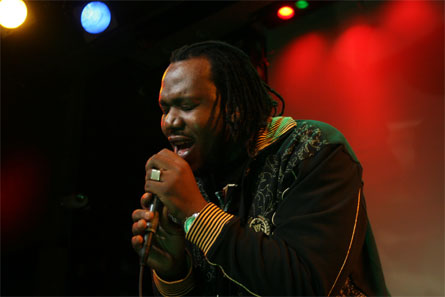 Revolutionary Entertainment recording artist Junior X has scored his first number one hit for 2010, with his controversial single titled The Pill.  The single which was produced by international record producer Dennis Livingston of Revolutionary Entertainment is now sitting firmly at the top of the RETV Reggae Chart. Junior X’ career has been on the rise since he signed a multi-album deal with the US based record label last summer.

“It’s a nice feeling to score a number one; I am feeling very happy about it. Since I have been with my new label things have been going in the right direction for me. I am just putting in the work because I know Jah bless me with a special talent and now I am working with people who understand how to market my talent the right way,” said Junior X.

The talented cultural singjay who recently delivered a very good performance at the Pepsi Rebel Salute showcase, will be dropping the music video for his latest titled Gangster Life this week. The antiviolence Gangster Life single is currently receiving a lot of support on radio and in the dancehall, so too is Junior X’ other new release titled Some Never Know.

Junior X is currently recording tracks for his debut album which is slated to be released by Revolutionary Entertainment this summer. He is also preparing for an upcoming promotional tour which will take him across the US west coast and Canada.