The Caribbean Film and Media Academy and the US Embassy in Barbados present a Special Master Class with renowned African American Filmmaker Julie Dash, at the Best of CaribbeanTales Film Festival in Barbados 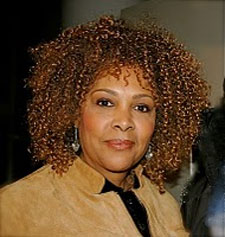 The Caribbean Film and Media Academy, and the U.S. Embassy in Barbados and the Eastern Caribbean, are proud to present a two-day Directing Master Class with celebrated African American film director Julie Dash, on Saturday Feb 27th and Sunday Feb 28th 2010.   The Master Class, aimed at emerging and established Caribbean film directors, will take place during the Best of CaribbeanTales Film Festival at the Savannah Hotel in Barbados, and is free to the public.

The CFMA will also host two screenings of Ms Dash's iconic movie, The Rosa Parks Story, during the festival on Tuesday Feb 23rd at 9.30 a.m. there will be a screening for secondary school students, and on Friday Feb 26th at 3:00 p.m. there will be a public screening. Both screenings will take place at the Olympus Theatres, and Ms Dash will  participate in a talk back discussion session after the screenings.

“We are delighted to partner with the United States Embassy and the Best of CaribbeanTales Film Festival to bring this extraordinary and talented filmmaker to the Caribbean to share her vision and skills with Caribbean filmmakers ” said Lisa Wickham, Director of the Caribbean Film and Media Academy.

U.S. Embassy Bridgetown is pleased to partner with the CFMA in promoting the best of regional film and bringing prominent American artists such as Julie Dash whose work celebrates the strong ties between the United States and Caribbean societies.

With her stunning 1991 debut feature film Daughters of the Dust, Julie Dash became the first African American woman to have a movie on general theatrical release in the United States. In 2004 the Library of Congress placed Daughters of the Dust in the National Film Registry, where it joins a select group of American films preserved as National Treasures. Ms Dash’s groundbreaking 2003 film The Rosa Parks Story won her a NAACP Image Award, The Family Television Award and The New York Christopher Award, . as well as an Emmy nomination for lead actor 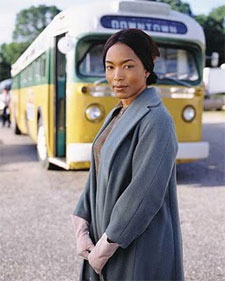 Angela Bassett who plays Rosa Parks in the film.

Founded by Caribbean Producer/Director/Media personality Lisa Wickham, The Caribbean Film and Media Academy provides cutting edge training to Caribbean production personnel.  CFMA workshops are designed to provide practical hands-on training, within a highly interactive and intensive workshop environment, with the aim of raising the bar in the quality, integrity and professionalism of film and television education in the region. ,

The Best of CaribbeanTales Film Festival and Symposium aims to showcase the best Caribbean and Black Diaspora films from around the world, and will take place at the Savanna Hotel and Olympus Theatres in Barbados between Feb 23rd and Mar 2nd 2010. The festival will also include a Symposium on Global Distribution - hosted by One Caribbean Media, and the first ever Caribbean Film Marketplace - hosted by the Shridath Ramphal Center at UWI, as well as workshops, and educational screenings for secondary school students.

Other celebrated films to be screened at the festival include award-winning filmmaker, Frances Anne Solomon's critically acclaimed A Winter Tale, Africa Unite by Stephanie Black that follows the Marley family's journey to Ethiopias on the occasion of the 25th anniversary of Bob's death, Maria Govan's stunning critically acclaimed Bahamian feature Rain, Tribes by Jamaica's talented music video director Ras Kassa, Power of the Vagina by Jimmel Daniel, Nurse.Fighter.Boy. by Charles Officer and many more!