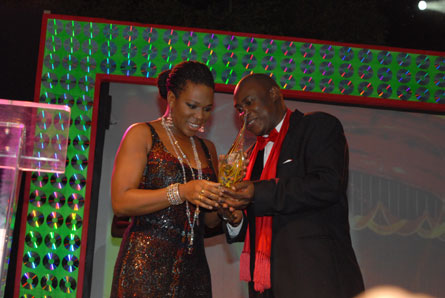 India Arie was named this year’s International Friend of Reggae at the recently held 6th Annual Excellence in Music & Entertainment (EME) Awards 2010 staged at the Gardens at Jamaica Pegasus in Kingston. The EME Organizers were honoured to have her presence, as this was her first appearance since winning her third Grammy on the Sunday before.

Arie received her award after gracing the stage with Gramps Morgan. The two performed their duet, “Therapy”, which is featured on Morgan’s album, “2 Sides of My Heart”, which was named the 2010 EME Album of the Year. India Arie also performed her single “Ready For Love” and received great response from the audience.

Jamaicans were thrilled to see Arie, who is the first international artiste in this category who has appeared in person to receive the award. “I call myself an honorary member of the Morgan’s Family”, she stated during her acceptance speech. Describing herself as feeling “humble and excited”, she spoke warmly of her love for the Jamaican people, and of the beauty of the island she admired during her stay at the luxurious Strawberry Hill resort. 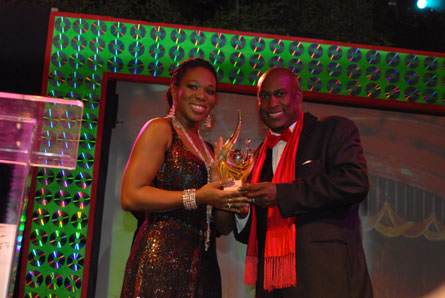 For more information on all the winners of the 2010 EME Awards, please see www.emeawards.com.