"I AM Caribbean" Census Awareness Campaign

CaribLifeCentral.com is Encouraging Caribbean-Americans to Identify Their Nationality on the 2010 Census 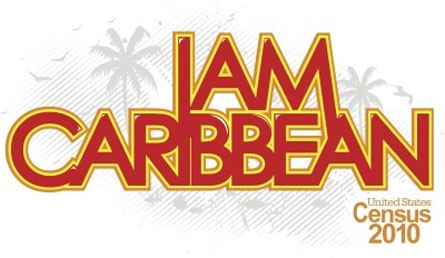 ATLANTA, GA – March 16, 2010 – CaribLifeCentral.com has launched the “I Am Caribbean” public awareness campaign to encourage Caribbean-Americans to identify their nationality on their 2010 Census forms.  The questionnaires will begin arriving in the mail as early as March 15.

“Historically, Caribbean-Americans have been underrepresented in the US Census,” explained Sheldon Mundle, president of CaribLifeCentral.com.  “This has adversely affected our community in terms of quality of education and business investments.”

The census, which is mandated by the U.S. Constitution to take place every 10 years, counts every resident in the United States.  Results from the decennial census help communities receive more than $400 billion in federal funds each year for services such as hospitals, job training centers, and public works projects.  In addition, census data serves as the foundation for determining the number of U.S. House of Representatives seats each state is allotted.

As part of the “I Am Caribbean” awareness campaign CaribLifeCentral.com has produced a Web-based public service announcement available through YouTube at: http://www.youtube.com/watch?v=bIZMZGd91s0.

“In question 9 of the Census form, individuals are allowed to identify themselves with multiple racial origins,” explained Mundle. “We are encouraging people of Caribbean ancestry to exercise this option by also selecting ‘Some other race’ and writing in their nationality.”

During the 2000 Census, 1.8 million people identified themselves as West Indian, with the highest populations claiming (in order) Jamaica, Haiti, and Trinidad.

For more information about the “I Am Caribbean” campaign, visit: http://www.cariblifecentral.com/page/i-am-caribbean.

If you would like more information about this topic, or to schedule an interview with Sheldon Mundle, please call Jason Walker @ 404-533-1248 or email Jason at PR@cariblifecentral.com