'There Will Be No Clash With Blak Ryno' - Says Aidonia 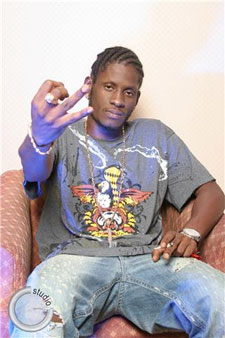 Kingston Jamaica: March 17, 2010: Amidst mounting speculation and spurious reports online that J.O.P recording artiste Aidonia will be clashing former Portmore Empire member Blak Ryno at the second staging of Settlement this June.  Aidonia and his management would like to make the public aware that these claims are completely false and misleading.

The report carried by a popular entertainment site quoted the promoter Tommy Thompson as saying "We have contacted both Aidonia and Ryno for the show and they are ready to go, but we have not signed off on a clash but it is a possibility given the vibes between the two.”

Aidonia’s brother and manager, Lav Lawrence said he was surprise by the comment. “We have no knowledge of any such showdown taking place, Aidonia will not be taking part in any such event, that's not the direction we are looking to take his career."

"Tommy Thompson the promoter contacted me and said he was interested in having Aidonia on the show and that's where the conversation ended.  He is not booked for the event so I find it rather surprising that people are saying he is booked for a clash with Blak Ryno.”

“Based on the recent turn of events, Aidonia has expressed no interest in doing the show and wants the public to be aware that there is no animosity between himself and Blak Ryno contrary to reports.”  - He added.

This Saturday the deejay born Sheldon Lawrence is slated to headline the 11th Anniversary of Spring Break in Long Bay Beach, Negril alongside Tarrus Riley, Sizzla Kalonji, I-Octance and Coco Tea amongst other.

Come March 27th he will depart the island accompanied by Kingston based sound system Darkcide International for a concert at the Signature Ranch in Miami, Florida.  Other professional engagements includes, his Birthday Party this April in New York before jetting off on a three weeks tour of Europe. On his return plans are in place to complete the final tracks for his upcoming debut album.