HYPE 2K10 Will Be A Memorable Event 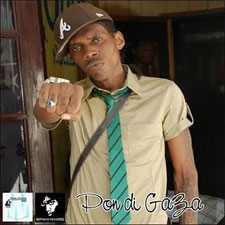 Flava Squad Entertainment the promoters of HYPE 2K10 promise to make this year’s staging of their annual stage show a most memorable event; despite the pressures of the current economic recession the chief organizer of the event Ewan McRae is adamant that his company will be staging a great event come April 3rd at Independence Park in Black River, St. Elizabeth. Therefore he and his team have put together a very exciting package for Hype 2K10 because they want to give patrons good value for their money.

“We know how tight things are for everybody right now with the recession and all that’s going on economically, therefore we are trying our very best to give our patrons a very good event for their money. We have always tried our best to deliver a very good entertainment package to our supporters; since we began HYPE 2K four years ago we have always maintained this approach. This year will be no different as we have put together another very exciting package again,” said Mr. McRae.

HYPE 2K10 will be a day and night event, with a family fun day and stage show. The fun day will feature a host of activities for the children such as Bounce About, Go Carts, Ferris wheel, Donkey rides and the electronic bull. There will also be other attractions such as car sound clashes, a dance competition, singing and deejaying competitions. Entertainment will be provided by the Diamond Squad Dancers and Black Roze sound-system. 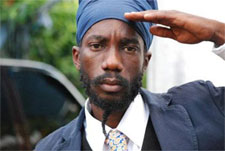 “Our lineup for HYPE 2K10 is a very good one, it features a very good mixture of artists. We have several dancehall and reggae heavy weights along with some seasoned campaigners. We also have a lot of the new stars on the scene as well as some very talented upcoming artists,” said Mr. McRae.