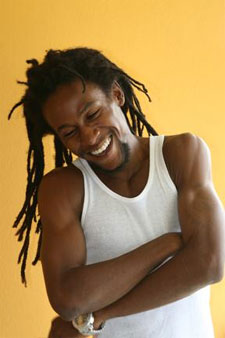 March 19, 2009 Kingston Jamaica:-The recent discovery of a fake Jah Cure Facebook page has forced Jah Cure’s management to take a zero tolerance in protecting Jah Cure’s intellectual property. The page which was connected to the email ‘universaljahcure@live.com’, since been taken down by Facebook, sought to lure unsuspecting fans and promoters with promises of dubs and information on the artiste. The page also offered booking services for the artiste.

This fraud was brought to the attention of Danger Zone Music Group (DZMG) by an unsuspecting promoter from Belize who paid for dubs through this page and when the dubs weren’t furnished approached DZMG querying the transaction. It was at this moment that the promoter realized that he had been scammed.

CEO of the Danger Zone Music Group Delmar ‘Della Danger’ Drummond while upset about the situation believes promoters need to be extra careful when dealing with international transactions with artistes, he stated: “Only DZMG, SoBe Entertainment and Caribbean Entertainment are authorized to handle Jah Cure's bookings. I would like to extend my sincerest apologies to whoever has fallen victim to this scam but we have to be ever vigilant as with the advances in modern technology many nefarious characters are using the web to rob innocent unsuspecting persons”.

DZMG has acted with urgency in seeking to curtail the proliferation of fake Jah Cure pages on social networking sites like Facebook. The company will also cooperate with legal authorities in anyway possible to ensure that the intellectual property of Jah Cure is not violated.

DZMG wishes to advise those interested in legally procuring Jah Cure material to contact them at delladanger@gmail.com.