TriniJungleJuice.com: Caribbean News and Views | Jungle Jabber - http://www.trinijunglejuice.com/tjjnews
International consultant based in Trinidad and Tobago Is Running The Hardest Race On Earth For The Autistic Society of Trinidad And Tobago
http://www.trinijunglejuice.com/tjjnews/articles/1226/1/International-consultant-based-in-Trinidad-and-Tobago-Is-Running-The-Hardest-Race-On-Earth-For-The-Autistic-Society-of-Trinidad-And-Tobago/Page1.html
TJJ Office Mgr

By TJJ Office Mgr
Published on 22-Mar-10
Port of Spain, Trinidad and Tobago, March 22, 2010. Dr. George Ardavanis, an international engineering and finance consultant currently based in Trinidad, will participate in the 25th Marathon des Sables in the Sahara desert from.... 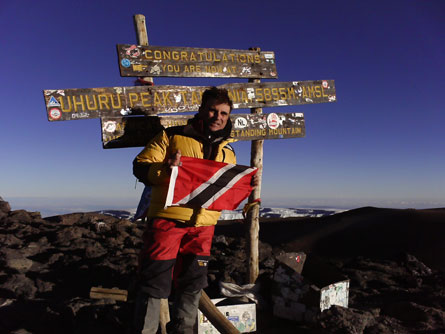 Port of Spain, Trinidad and Tobago, March 22, 2010. Dr. George Ardavanis, an international engineering and finance consultant currently based in Trinidad, will participate in the 25th Marathon des Sables in the
Sahara desert from April 2 through April 12, 2010 to raise awareness and funds for the Autistic Society of Trinidad and Tobago.

The Marathon des Sables (MDS) (Marathon of the Sands) is a six-day, 254 km (156 mile) ultramarathon, which is the equivalent to six regular marathons. The longest single stage (2009) is 91 km (55 miles) long. This multiday race is held every year in the southern Moroccan desert. It is considered the toughest foot race on Earth.

One of the main goals of George Ardavanis’s participation in this event is to sensitize people on autism in Trinidad and Tobago and help raise funds for this cause.
Autism is a complex developmental disability that typically appears during the first three years of life and affects a person’s ability to communicate and interact with others. There is no known single cause for autism, but increased awareness and funding can help families today.

International data indicate that the prevalence of autism is on the rise (1 in every 150 American children, and almost 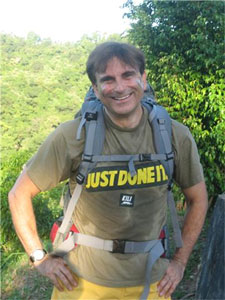 1 in 94 boys). The Autism Society of the US estimates that the lifetime cost of caring for a child with autism ranges from $3.5 million to $5 million, and that the United States is facing almost $90 billion annually in costs for autism.
For more information on autism, please visit www.autism-society.com.

In Trinidad and Tobago, as of October 2007, there were over three hundred families registered with the Autistic Society of Trinidad and Tobago [web site: www.autismtt.org], but local awareness remains relatively low and funds are needed to advance the causes of the Society.

April 2nd is World Autism Awareness Day and George Ardavanis will be observing it in the Sahara, running the Marathon des Sables for the kids and their families. George appeals to all persons to help the cause and spread the word.