Chuckle Berry Heats Up The Airwaves With So Bad 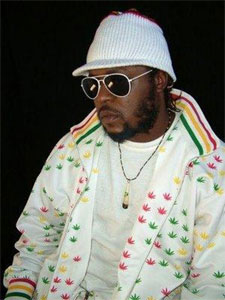 Dancehall artist Chuckle Berry looking to duplicate the success he enjoyed last year with his chart topping single titled Good Life, which was produced by Jamaican music pioneers Sly & Robbie. The talented deejay who hails from Steer Town, St. Ann is currently heating up the local airwaves with another Sly and Robbie produced single titled, So Bad. Since its release a month ago So Bad has been getting heavy rotation on FM stations such as IRIE FM, HITS 92 FM, ZIP and FAME FM. It is also getting good rotation abroad in countries such as England, France, Germany and Italy.

A member of Chuckle Berry’s management team says a video will be shot and released in support of So Bad, before the middle of this summer. He also stated that the artist is currently in the studios completing his debut album and interest is already being shown in the project by an overseas based company.

Chuckle Berry clawed his way into the spotlight last year with his number one hit Good Life which was also produced by Sly and Robbie. Before that he had racked up a series of radio hits such as Rasta Nuh Tek Life, Bad Man, Giving It To Her and El Numero which was done in tandem with Tsahai on the Love Injection label.