Barrington Levy's Sound To Debut At Final Death Before Dishonor 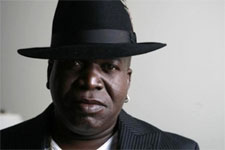 Set to entertain thousands of diehard sound clash enthusiasts at the olympics of sound system competitions, 23-year old member DJ Nerro says "this is the perfect way to make our debut -- a great opportunity for a young sound."  "We will deal with things proper.....what a great experience for our sound," adds Brushie, another member of Black Roses.

Just 8 months old, Black Roses already has a strong music foundation.  DJ Nerro, son of top Reggae crooner Barrington Levy, has a genuine love of music. And this is to be expected with such a music influence while growing up.  The sound's original name was Mystic. However, it was later renamed Black Roses after Levy's classic song.

Although DJ Nerro's initial music interests were centered on engineering and production, he believes that his transition to becoming one third of a rising sound system was natural. DJ Nerro started dabbing in music at age 14.
Brushie shares a passion for music, which he says goes back to age 17. He cites his father, a selector, as a great inspiration.

Hailing from Clarendon, the sound's third member is KJ.  According to Black Roses, they will thoroughly represent during the early warm at "The Final Warr," along with rising country sounds.

Although this is the final hoorah for Death Before Dishonor, Irish and Chin will devise fresh, new events that feature young talented sounds in the future.

Death Before Dishonor will be a final diehard battle for past champions Mighty Crown, Bass Odyssey, Black Kat, Tony Matterhorn and heavyweight newcomers to the clash Sentinel and Bredda Hype. This ultimate showdown, which will be a historical moment in sound clash culture, will be available to view live for clash enthusiasts who can't make it in person. Don't miss the excitement -- sign up today at http://www.irishandchin.com.