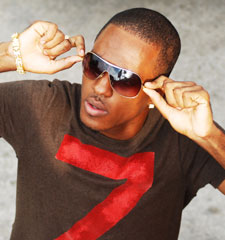 Kingston Jamaica: March 28, 2010: Since bursting into the scene less than two years ago talented young recording artiste Chedda continues to make major strides in the local music industry. The deejay known for the hard hitting singles ‘Fresh To Death’ featuring Chino, Laden, Konshens and Nicky B, “Because a Likes’ produced by Supa Hype and ‘Hill and Gully’ has one more thing to smile about.

The very infectious and playful beat is a fusion of Dancehall and rhythmic African drums inspired by a recent trip to Africa by members of the Coppershot family.
Meanwhile after completing stints at Sting 2009, Haiti 7.0, Follow Di Arrow, Fame Over Hype and several radio and television interviews, Chedda is now ready to unleash his lyrical prowess on the people of Black River, St. Elizabeth at this year’s staging of HYPE 2K10 set for April 3rd.

Even with a buzz and several singles in heavy rotation, Chedda whose real name is Tyrello Johnson continues to maintain the work ethic of a bee and is set to release a number of new singles from producers Russian, Supa Hype among others in the coming weeks.