Full Access On Magnum Kings And Queens Of Dancehall 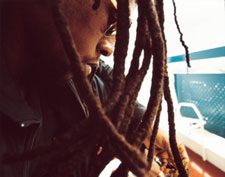 April  4, 2010 Kingston Jamaica:-Magnum Kings and Queens of Dancehall continue to give upcoming talent unprecedented access to the industry.  During the course of the competition, the contestants have the opportunity to interact with industry insiders, a privilege they would otherwise not be afforded.

Magnum Kings & Queens of Dancehall has intentionally sought to use the competition as an avenue to expose potential winners to a level of professionalism they will need to survive in the fast paced and hectic dancehall environment. The cast of Magnum Kings and Queens of Dancehall is a group with decades of experience in the dancehall industry who know how to manage careers and 'buss' new talent.

Among the group of judges is Dancehall producer: Cordell 'Skatta' Burrell. Since 2001, Scatta has amassed an impressive resume, highlighted by the simultaneous Billboard Hot 100 charting of four songs on his 'Coolie dance Riddim'. Skatta is also credited with the launching of careers such as that of Ce'cile and Aidonia.

Also on the judging panel is veteran Dancehall DJ Professor Nuts. Nuts was dominant in the mid to late 90's as a dancehall DJ with a funny side. He still has numerous fans and now also a TV show to his credit.

Both Scatta and Professor Nutts are Dancehall icons and over the past few weeks have imparted valuable knowledge to the contestants on how to be true dancehall stars.

Magnum Kings & Queens of Dancehall’s organisers also invite celebrity judges from the dancehall and reggae fraternity to be a part of the live show deliberations.  Recent celebrities who have appeared on the show include Konshens, Jah Cure, Ce’Cile and Tifa; all who have gone out of their way to guide the young Princes and Princesses on the right path by giving them varying advice from stage presentation and proper usage of microphones to voice projection. 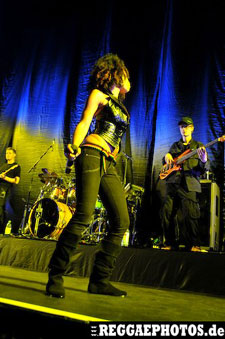 Jah Cure who sat in the guest judge seat the week before also believes the show is a good idea: “Tanto Black, Chozenn, Gallawas, Press Fyah, Reggae Queen; these are artistes that I will be looking for in a few years. I was humbled when asked to be a guest judge on the show and I am always amazed at the quantity and quality of the talent in Jamaica and a show like this can only help the young ones who will take over from us be better prepared for the music business.”

The winners of the Magnum Kings & Queens of Dancehall, chosen by the viewers, will be entitled to a professionally produced video and a single, which will put them on a path to true dancehall stardom. The voted King and Queen of Dancehall will also receive one million dollars (J$1.000,000) each towards the development of their careers.

There is only one place to watch Magnum Kings and Queens of Dancehall and it’s on TVJ, broadcast live from Weekendz Bistro and Bar in Kingston at 9:30pm every Saturday night.