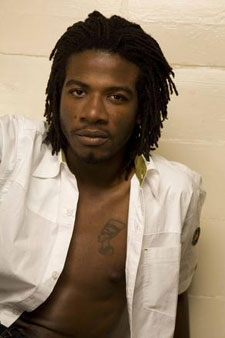 Reggae singer Gyptian burst onto the local music scene some five years ago with the hit song Serious Times. Since then he has made quite name for himself on the reggae music scene both locally and abroad having scored several other hits such as, In My Life, Mama Don’t Cry, Beautiful Lady and I Can Feel your Pain.

Gyptian is currently enjoying much success abroad with his single titled Hold Yuh. The two years old Hold Yuh is currently blowing up crossover radio stations in the US such as HOT 97 in New York.  The song which was produced by Ricky Blaze is now sitting in the number sixty nine position on the Billboard Hot R&B/Hip Hop chart. It is also number one on Billboard’s recently launched Digital Genre charts, reggae chart.

A music video was recently shot in support of Hold Yuh in Kingston, under the direction of Rick Elgood.  The video is already in rotation locally and has been getting a very positive response.

Although he has not been very visible on the local scene in recent times Gyptian has been very busy performing abroad; he recently earned rave reviews for his performance at an event dubbed “I Am Legend III”, which was held last Saturday in the twin island republic of Trinidad and Tobago. This coming weekend he will be doing three shows in the Bahamian islands of Nassau, Freeport and Exuma.

Gyptian is currently working on what will be his third album for VP Records; the album is tentatively titled Hold Yuh and is expected to be released later this summer. It will feature production work from producers such as Kemar “Flava” McGregor, Ricky Blaze and FX. Gyptian will also be handling some of the production duties for the album.