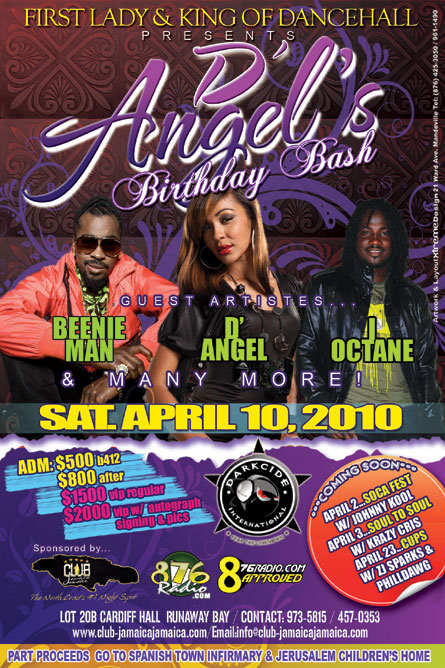 D’Angel one of the campaign faces of Coke Zero, is a mother and humanitarian at heart and as her way of giving back to the people will be donating part proceeds from the event to the Spanish Town Infirmary and the Jerusalem Children’s Home. It was with this charitable gesture in mind that Darkcide International was approached by her management to be a part of the billing.

Over the Easter holidays, the popular sound system unravelled their musical artistry at the highly publicised beach party ‘Impy Skimpy’ at Turtle River Beach Park and ‘Touch’ at Margaritaville, Ocho Rios. The following day the team comprising of Dj Wah Wa and Dj Calico left for another engagement in Linstead, St. Catherine.

Meanwhile the recent release of their 'Different Money' cd compilation continues to stack up impressive numbers and has already racked up over 9,000+ downloads in less than a month.