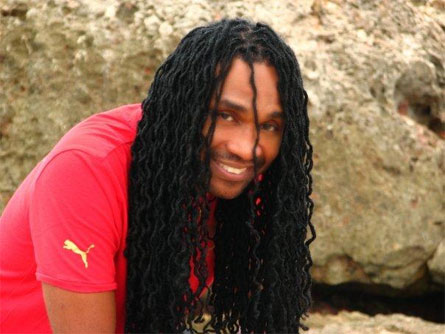 Kingston Jamaica: April 9, 2010: It’s now official, multi-talented actor/singer and songwriter Peter Lloyd has scored his first No.1 on U.S soil for 2010 and his third since the start of the year with the single ‘SEARCHING’.  The  Dean Fraser produced song has found itself at the top of the South Florida Top 25 Reggae Chart after making its debut eight week ago.

The hit single now enjoying premium airplay in Europe and North America continues to break new ground and only weeks earlier nabbed the coveted spot on Sam Brown’s  - U.K Based  Peace FM Caribbean Chart.  In January it also clinched the No.1 slot on the popular Jamaican FIWI Choice Top 20 Chart.

With this new found success, Lloyd has shifted gear inking a new deal with noted Public Relations company MAC PR, who will be exclusively responsible for bookings the multi-faceted entertainer.

“It’s always a joy getting good news, especially in these troubled times despite what is happening in Jamaica and the world at large. Once again I am very thankful and this serves as evidence that the promotion is paying off.”

“Regarding my new deal with MAC PR that is just another step to transcend my career to that next level and the fans can expect bigger and better things in the coming months” – Lloyd added.

The former television host turn Rastafarian singer is currently in dialog with Dean Fraser and several major labels about his upcoming album and will be officially releasing his follow up single ‘Mood 4 Luv’ next week.