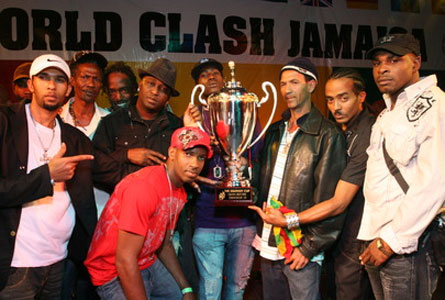 Kingston, Jamaica -- April 12, 2010 -- In the wee hours of Tuesday morning April 6, just before sunrise, history was made when the legendary Black Kat sound system was declared the winner of Irish and Chin's Death Before Dishonor 10 'The Final Warr.' Panther, the sound's lead figure, truly lived up to the name "warr tanker" in the final "tune-fi-tune" segment against Sentinel. Surrounded by members of Black Kat and loyal supporters, a tearful Panther hugged his trophy, suitably renamed the Squingy Cup after fallen clash legend and friend Squingy of Bass Odyssey. This win marked the third time that Black won the fabled Death Before Dishonor Clash, but clearly this win was the most sentimental of all. Black Kat closed out Death Before Dishonor and the World Clash series with style.

After an intense early warm by Barrington Levy's sound Black Roses, Olympic and Dexter Peppa, the swollen crowd of diehard sound clash enthusiasts were hype for the war that lied ahead between Mighty Crown, Bass Odyssey, Bredda Hype, Sentinel and Black Kat.  Although round one was just a preliminary round, it was a bit indicative of what would happen through out the night. Despite being alligned with heavy dub plates from top dancehall artists, most of the sounds had lukewarm performances, scoring intermittent forwards. Indisputably, it was Sentinel that stood out as the star sound of the night from early. Led by their new mic man Shotta Paul, Sentinel went in hard, earning the most forwards and crowd response in round one. When Sentinel hit the stage, the clash became lively as they advised their contenders and the audience "people...Jamaica is not for sale." Sentinel became a hard act to follow. If there was a winner of this round, it would have been Sentinel. 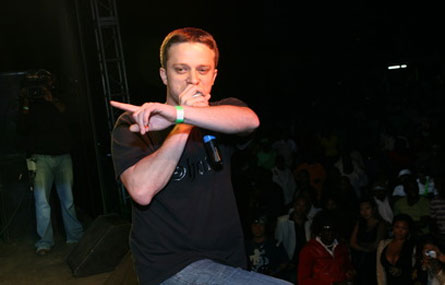 During round two, which was an elimination round, the sounds realized that Sentinel was a force to be reckoned with.  With this in mind, the sounds increased their efforts.  Mighty Crown paid their respect to Squingy during this round and went on to make a comedic speech about Sentinel. They later played a Vybz Kartel dub that was well received by the crowd, allowing them to have a strong close.  Bass Odyssey followed with an improved round.  The sound, which featured both Worm and Dameion on the mic, spoke of their fellow sound man Squingy with pride. A host of the audience, especially the front rows, were country supporters in attendance for Bass Odyssey.  Bredda Hype couldn't quite capture the MoBay crowd, but must be credited for his first performance on the World Clash stage. Sentinel had a very strong round two, leaning on great dub selections and speeches by Shotta Paul. The sound stood out in this round, thrilling the crowd with what everyone thought was a Jay Z dubplate and a skit with a older woman who was supposed to be Panther's mother.  Black Kat's second round was improved, but not as lively as Sentinel's set. Bredda Hype was eliminated after round two. Black Kat declared that Sentinel's Jay Z dub was fake (in clash terms -- spliced).

During round three, Mighty Crown also commented on Sentinel's fake dub, fighting hard to remain in the clash.  Unfortunately, "The Far East Rulers" lost the crowd with some of their selections. Meanwhile, country sounds Bass Odyssey and Black Kat tried to regain their positions in the clash by unleashing impressive dubs. Sentinel fired back at the sound and without hesitation admitted that their Jay Z dub was spliced saying "of course it is, mi no have money fi dat....big up to all de scammas dem."  Although spliced dubs are taboo in the clash arena, a huge forward from the audience followed Sentinel's admission. Because of a torn audience, Mighty Crown faced off against Bass Odyssey in a one dub shoot out to see who would be eliminated. As fate has it, Mighty Crown was eliminated at the end of round three.

With three sounds remaining, the intensity was great. All hungry for the final World Clash victory, the sounds went in extra hard. Bass Odyssey's artillery was second to none.  They unleashed dubs from top dancehall artists like Bounty Killer, Busy Signal, Beenie Man and Super Cat, among others.  Despite these heavy selections, Black Kat and Sentinel were the frontrunners.  Black Kat's Panther took over round four with a vengeance.  It's as if the possibility of this trophy going home with another sound finally set in. Panther commanded the crowd with his charm, speeches and flawless dubs.  Sentinel's strength started to wither. Round four ultimately became a battle between Black Kat and Sentinel. At the end of this round, regretfully, Bass Odyssey was eliminated. 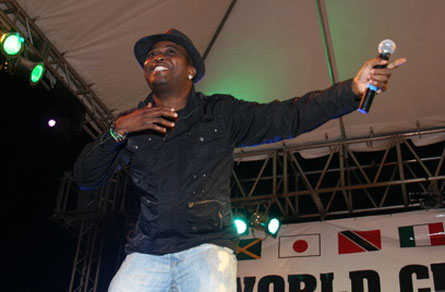 The final stretch of Death Before Dishonor 10 boiled down to a best of ten "tune-fi-tune" showdown between Black Kat and Sentinel. Remarkably, Black Kat won six straight dub selections, allowing the sound to be crowned the winner of "The Final Warr."  Sentinel, who had fiery performances through out the night, lacked critical strategy and music selections during this final stretch. Somehow, the German sound lost touch with the crowd.  Meanwhile, Panther enticed the crowd with his presence, speeches and classic dubs from the Black Kat catalogue.  Panther, as only he knows how to do, stole the title from Sentinel's hands.  With tears in his eyes, Panther declared "Squingy was my friend....I couldn't allow this cup in his memory to be taken by a foreign sound." "We had to do it for Jamaica tonight," the emotional selector added.