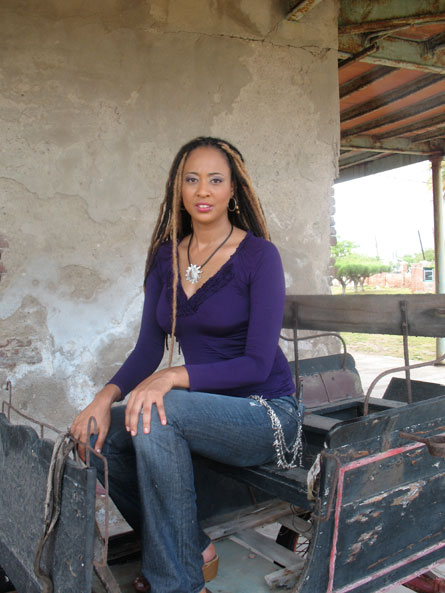 Popular IRIE FM radio personality DJ Sunshine recently made her debut as a television host with her hip new TV show Reggaelution 20, which is aired on CVM TV on Thursdays at 5:30 PM. Now the self proclaimed firs lady of radio is getting ready to make her debut as a recording artis. She recently recorded her first single titled A Doh Care Anymore. The track was produced by DJ Frass and also features dancehall artists Unicorn and Chi Ching Ching.

The idea for song came about when DJ Frass heard a jingle on her popular radio show which was done by Unicorn and DJ Sunshine. In the very humorous jingle Unicorn can be heard saying very boldly; “Sunshine a wi use mi head mi kotch di wheel of a trailer.”  When asked by D J Sunshine “wha dat mean?”  He responds “I don’t care anymore.”

DJ Sunshine says that had no intention at all to record a song but DJ Frasse heard the jingle and liked it so much that he suggested that they turn the jingle to into a song. She eventually agreed and he made a rhythm for the song and the next thing she knew she was in the studio recording the song along Unicorn and Chi Ching Ching. The song is currently enjoying good rotation on IRIE FM and in the dancehalls.

When asked if she is planning to pursue a career as an artist she flashed her beautiful trade mark smile and said; “I really don’t know most times I don’t plan things, I didn’t plan to be on radio or TV but here I am now, so anything is possible. But I must admit I had a lot of fun recording the song so I might do another tune who knows.”