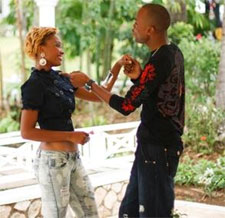 Julie Malcolm who is vying for the position of host of Digicel Rising Stars 2010 was at the audition interacting with the contestants: “It was an exciting experience for me as I met some very interesting characters and saw some good talent. The Digicel Rising Stars' family were also extremely professional and very supportive of me. I had some real fun, I learnt a lot and I hope to land the position so that I can be a part of this great competition”.

Judges Anthony Miller, Nadine Sutherland and Clyde McKenzie were treated to a good combination of what the garden parish had to offer. 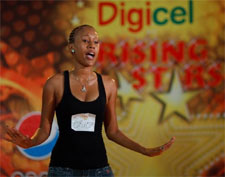 Throughout the day contestants came with Dancehall, R&B, Gospel  and Reggae, with a large majority of contestants choosing to do renditions of old but loved R&B songs from the likes of Witney Houston,  Mariah Carey, Jagged Edge and other acts from the 90’s and 80’s.

Series producer for the hit series, Sharon Schroeter, says St Ann was a confidence booster for the show’s organisers: “The talent here was plenty, we saw many contestants who have what it takes to be on the Digicel Rising Stars main stage. What is also true is that there were some talent that just needed a little bit more time to hone their craft and this augers well for the future of Digicel Rising Stars as we have told them to come back when they are ready” 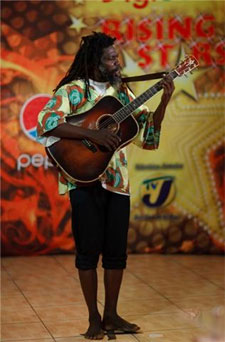 Digicel Rising Stars' auditions continue this Saturday (April 24) at the Girl Guides Headquarters in Kingston. Auditions begin at 8am and end at 3pm.