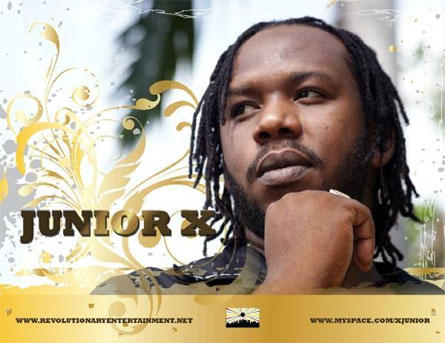 Reggae’s Prince of the Battlefield, Junior X, rocked Reggae fans in Boston!  Backed by Luv Bug Movements, and with a voice as clear as a bell, fans listened keenly to his every word sung by the young performer.

Junior X engaged his audience by opening his set with “Plead My Cause,” immediately earning the young artist a huge forward from the crowd as well as vocal support.

Performing as if the people in attendance were close friends and family, Junior kept the momentum going with his chart topping hit singles “Pill (That I Could Take)” followed by “Gangsta Life” placing lighters in the air.

Addressing the issue of violence, and the hardships of the recession, Junior appealed to all in attendance to not give up at the first sign of trials as this too shall pass.

“It was such a joy to perform for the people in Boston” said Junior, “I’m using that performance as momentum for the International Reggae and World Awards in New York which I’ll be attending for the first time this year!”

To see some of Junior’s performance in Boston, view it here:  http://www.youtube.com/watch?v=m1Bf95cphBM