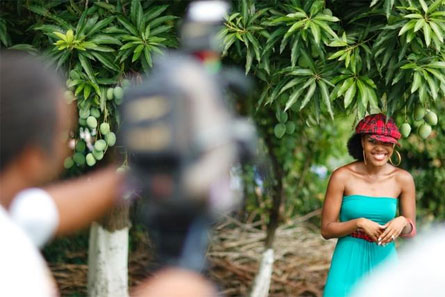 May 2, 2010 Kingston Jamaica:-On Saturday April 24, Waterloo Road stood still as over 500 contestants converged at the Girl Guides Headquarters for what would be an exciting talent filled day.

From as early as 7AM Digicel Rising Stars hopefuls congregated at the gates of the venue; some practicing what they hoped would be their vocal ticket to the studio finals of the 2010 season of Digicel Rising Stars. There were several repeats from other auditions as well as some contestants who are seasonal attendees but overall a majority of the contestants were fresh talent ready for their chance at stardom and hoping to get called back for Sunday.

The two day affair was hosted by two of the six Digicel Rising Stars' Host hopefuls. On Saturday Terry Karelle-Reid did the honours and she was very humbled by the tremendous talent she saw at the Girl Guides Headquarters: “The audition was absolutely fantastic!! The production crew was vibrant and motivating. They truly created a comfortable atmosphere for me. I thought that I would be a lot more nervous but in no time I was dancing, singing and ‘vibing’. I met some very talented and unforgettable participants!! In my opinion this could easily be the best bunch ever!. I also had the chance to speak to a few, calm their nerves and make new friends. Win or lose, I don't regret auditioning and getting this far.

It was an absolutely memorable experience. And I thank my family and friends for the support. I wish the other 5 fierce, fly and fabulous ladies all the best.

Day two of the auditions were held at the Knutsford Court Hotel in New Kingston. The Judges had decided to call back over 150 talented individuals and the audition room was filled with the sounds of youthful talent. 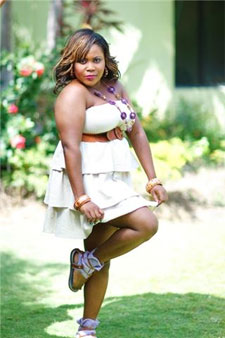 Lady Rennae who hosted the second leg of the Kingston and St Andrew Digicel Rising Stars' auditions was overwhelmed by the concentration of so much talent in one place. She was also confident of her chances at being the 2010 Digicel Rising Stars' Host: “I feel positive, god is my ‘backative’ and I feel pretty confident. I am going to campaign hard and be very visible to ensure that I have a good chance at realising this dream. I love the mission of Digicel Rising Stars and today there was some great talent here. I  am looking forward to the live shows as I know Jamaica will once again be pleased to see these young people show that they have what it takes to shine.”

Series producer, Sharon Schroeter, was very excited by what she saw in Kingston and St Andrew. She explained that she has seen several contestants who embody what a Digicel Rising Star should be: “Kingston and St Andrew was great. We had lots of good talent and we got a good turnout to the point where we had 150 Call Backs. The judges were impressed with what they saw and once again Kingston and St Andrew has delivered. There were also a lot of new faces and young people who were so promising but I don’t know if the Rising Star will come from Kingston as there are several people from other auditions who have a really good chance of winning."

She was also impressed with the performances of the Host hopefuls: “I have been watching the girls; they are all very good and talented and they have already started to campaign for the spot so we know it’s game on. There are six very talented women and I know that whichever one wins, Digicel Rising Stars will be in good hands”.

Sharon also revealed that among the many surprise changes for this years show is the Judges’ Save. She explained that the Judges get to save a contestant who they believe did not deserve to be voted out. She would not reveal any of the other surprises in store but maintained that viewers would be wowed by the new look of Digicel Rising Stars.

The voting will soon begin so watch TVJ and read The Star for constant updates on the Caribbean’s number one talent show, Digicel Rising Stars.