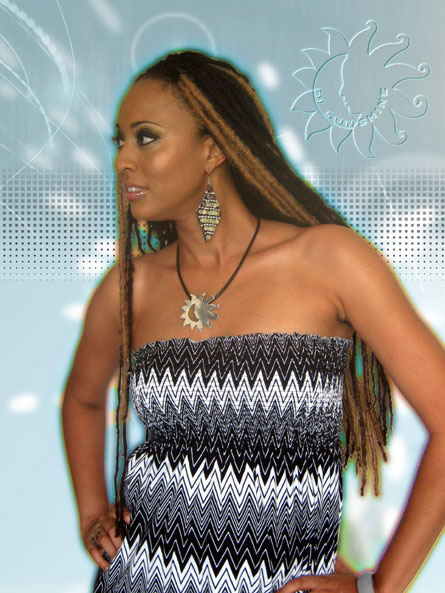 Since the release of her debut single which is titled A Doh Care Anymore over a month ago the IRIE Diva DJ Sunshine has been moving full speed ahead with her recording career. To date she has recorded several other hot dancehall tracks for producers such as Carl Morrison of Star Player Music Group and Rickman Warren of Jamplified Productions.

She is currently receiving good rotation on radio and in the dancehall with A Doh Care Anymore and other songs such as Run Some Money and Nuh Yaad. The response she has been receiving from members of the public and industry insiders has prompted her to do a music video for the DJ Frass produced A Doh Care Anymore which also features Unicorn and Chi Ching Ching.

The video was directed by Jay Jay of Terminal Four Productions and was shot at locations across Kingston including Escapade Night Club. The video features a lot of action and dancing in a club setting and also features cameo appearances from several popular dancehall personalities such as Kulu Kulu, Falon, Ski from Well Rich, Mani Goose, and the Color Squad. The video will be released to all local television stations before the end of the week.