No D'Angel for London Concert 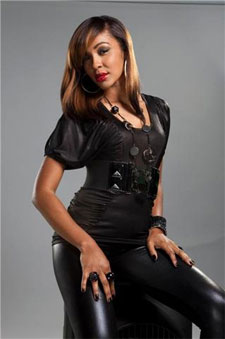 Kingston, Jamaica: May 25, 2010 :: D’Angel  and her management would like to inform the public that she will not be appearing at Club Croydon in London, England on May 29 as is currently being advertised.

D’Angel declined to appear on the concert after members of the promotional group wanted her to travel without her team. The absence of a formal contract also lead to her backing out of the arrangement over a month ago.

Despite the unfortunate circumstances the dancehall fashionista has begun talks with U.K. based Radio Jock / Promoter, Chris Goldfinger for a show at the same venue sometime in June.

Later this month D'Angel is set to blaze at 'Ladies Sundays' at Club Cali in Trelawny.