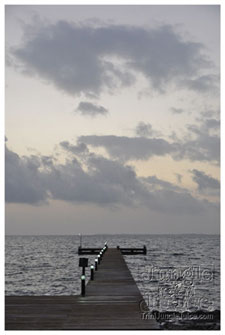 Braaaappps... the lime start from Miami Int'l Airport as Cayman Airways so kindly allowed us to finish up our brewskies before boarding flight #109 nonstop to Grand Cayman.

We were told to have the Rum Punch in flight, and yessssss... de ting now start! About an hour and 20 minutes later, our passports were stamped and we were outside the airport waiting with the Shurwayne Winchester and Y.O.U band members. Large up Prestan!

Our gracious host KD shows up (minus the bottle of Hennessy ... inside joke), and it time for movements. Two events to hit tonight - The Spirit Of Batabano Cocktail Competition (which we're already late for) and Swanky International Foam Fete. Let's get the rental! Now, like in Trinidad, they drive on the left side of the road in the Cayman Islands. No probs, we're not new to this! BUT, guess what? They gave us a left hand-side drive car!! So basically, here's an American car, but drive like yuh in Trini!! LOL. Madness!!! Let the Batabano 2010 adventure begin!

If you've never driven in Grand Cayman, no worries. Everyone will tell you the samething, "The island small, there's downtown and it have one major road... so you can't get lost!" What they forget to mention is the crazy amount of round-a-bouts (and no jokey small ones eh) this lil' island have!! Geezan ages!! Talk about wrong turn and the amount of times we got lost. If it wasn't for Singh's Roti Shop, which was our saving landmark, it would have been a wrap (no pun intended)!

Over the long weekend, we checked out most of the regular/happening spots of the island, but we're sure there's lots we missed out on - you know those lil' hole in the walls one gotta experience! ;-) The downtown scene is nice, with a number of restuarants overlooking the sea. We did brunch at Guy Harvey before the Batabano Parade, but were able to squeeze in some local food at The Lunch Spot in the heart of downtown. Can't go to the Caribbean and be eating Mc Donalds, Burger King and KFC (well, KFC in Trini and JA gets a bligh) now peoples!! Again, Singh's Roti Shop always came to the rescue in our need of food... Roti, Roti and more Roti! Shout outs to Dannel & Matthew for the TJJ love!

We linked up with a few of the local radio stations alongside Mr. Shurwayne Winchester to promote the carnival and squeezed in a vital pit-stop at LIME (That's L for Landline, I for Internet, M for Mobile and E for Entertainment) to ensure our team were in full communicado while in Cayman. Thanks Julie! Of course, you cannot go to Grand Cayman and not visit the magnificant Seven Mile Beach and Rum Point!