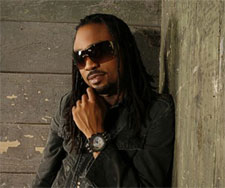 In what's being touted as his 'first appearance in Atlanta in two years,'  the international 'King of Carnival,' Machel Montano, is set to bring his brand of global heat to the climax of this year's Atlanta Carnival, happening on Friday, May 28, 2010 at Club Obsession in Decatur, Georgia.

Montano, crowned 'King of Soca' by fans worldwide, will unveil his energetic and highly-acclaimed stage performance, while showcasing his amazing catalog that spans 34 albums. The entertainer released his 34th studio effort earlier this year, aptly named Album 34, and promises to bring those new hits and classics to the carnival fans journeying to Georgia to enjoy this annual summer festival.

Currently enjoying crossover fame, Montano can be heard on mainstream radio as the featured artist on two pop tracks that are receiving decent airplay. His combination with Casely and Lil Jon on the spicy single, "Sweat," has been heating up airwaves in Miami. And his feature on Pitbull's first single from his new album, "Alright," is staking its claim on urban radio in New York City, and across the country.

Montano is undoubtedly having one of the biggest years of his career. He was a top winner at the recent International Reggae and World Music Awards (IRAWMA) in New York, where he again was named the 'Bob Marley Entertainer of the Year.' He is also billed as the exclusive soca act on this year's Best of the Best concert, happening during Memorial Day weekend in Miami.

This special concert event titled Ladies First is already indeed that, as advanced tickets have been nabbed by females vying for some precious time with the soca superstar. Promoters invite the soca massive and all music lovers to visit the Peach State on Friday, May 28 to bear witness to the true carnival experience.

This highly anticipated show takes place at Club Obsession, located at 4525 Glenwood Road in Decatur, Georgia. Doors open at 10pm and tickets are still available online at www.etix.com. Everyone is also invited to the official after-party, Till Morning, which will take place at The Ranch, located at 4798 Rock Bridge Road in Stone Mountain, GA 30083, just 10 minutes from Club Obsession.

To learn more about Machel Montano or to stay updated on news and new music, log on to www.machelmontano.com or www.myspace.com/machelmontano