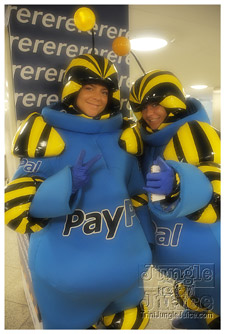 Blimey! With a sleeping bird lime (flying lager and lime) of one and a half (1½) hours - I have landed officially in Deutschland - me first trip ever. I missed the world cup 2006 - and I do not regret it - Berlin Carnival 2010 has given me memories I'll never forget! Nuff said, yeah?

My good geeezzaa D-One, me official Berlin Carnival tour guide - laid out the plan for the weekend - we'll wait for the rest of the crew to come in - Gersh, Wello, Benji & Bevan - then we looking to hit up Major Lazer Party, followed by Carnival Jump Up in Icon; on Saturday we have to attend the BBQ, eat a food and ready our belly for the Carnival Glow then finally we monday night up the frog and toad for the Parade with Fantastic Flamingos and if we have enough energy we should be attending the Berlin Carnival After Party: Carnival Explosion ... All Sorted mate. 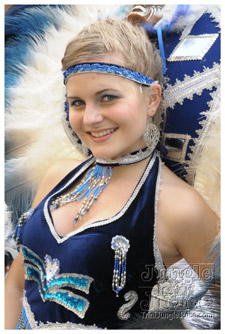 What can I really say about Berlin that I am sure most people do not know already:
I am not sure what else I can say really about Berlin, you have to experience the Carnival for yourself. No words, No Pictures ... could describe the experience, could explain what we have seen, what we did, what we did not expect ... nothing ... Berlin Carnival Was Really Ultimate Non Stop Entertainment ... honestly, it can easily be rated number one (1) carnival in europe ... in my scornful opinion ...