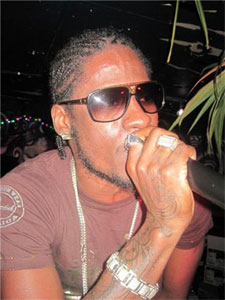 Kingston Jamaica: May 29, 2010: Last weekend, savvy lyricist Aidonia accompanied by Suhverto and other members of the J.O.P camp completed from their ‘Wii Sick’ European Tour.

The tour which kicked off in Amsterdam, Holland saw the team making stops in Germany, Italy, Austria, Sweden, Norway, France, Switzerland and Spain before returning to the island.

For Aidonia and the team the three weeks stint proved very successful as they delivered some explosive performances to pack houses across the continent. The ‘Heart Is Hers’, singer also used the opportunity as a launching pad to promote his upcoming album due for release later this year.

In June, Aidonia will depart the island for assignments in Barbados and Trinidad & Tobago.