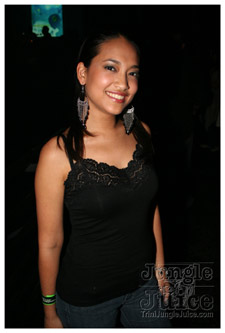 The line up of DJs included House Arrest, Crown Prince, Dr Esan and it was hosted by DJ Barrie Hype and they all did a good job of keeping the vibes up for those in attendance.

We were treated to another champion performer as the opening act as VI's own Groovy Soca Monarch Rudy Live opened the festivities.  Her considerable wining skills were too much for the first gentleman who dared to put his fender to her bumper, but lucky for him Sizwe C was there to save the day and show and prove for the guys.

Then it was time for JW & Blaze themselves to take the stage, and they proceeded to tear it down with the same energy level we have come to expect to them, performing as if it were a full house at Soca Monarch Finals, even pulling out some of their Red Morning Show hits like 'goatee'.

At $20 for regular and $30 for VIP, you were paying the same price as any Saturday night party to get to see the Soca Monarch and Road March champs live, so one can't complain about that.