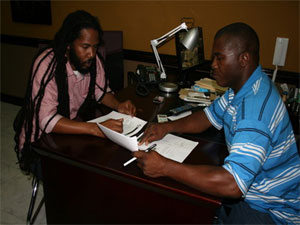 Kingston, Jamaica -- June 18, 2010 -- Leading dancehall promotions company Irish and Chin has inked a landmark deal with Stages Productions, top Jamaican play producers. Adding to an already prosperous business relationship between the two companies, in the Fall 2010, Irish and Chin will stage a complete U.S. tour of Stages' play "The Plumber," which is the most popular play in Jamaica right now.

This deal is significant, as it marks the first time that any promotions company will stage a complete play tour, rather than a city or two. The tour, which will kick off in October 2010, will bring "The Plumber" to ten U.S. Cities. A noteworthy step in the rebirth of Jamaican theater, the tour will represent "The Plumber's" U.S. debut. Following their popular production style, which infuses dancehall and theater, Irish and Chin has nabbed DJ Roy and Road International for the tour.

"I am really excited about the tour and look forward to taking on this project," says Garfield "Chin" Bourne of Irish and Chin. "I think that our style of dancehall and theater has worked well in New York....I am thrilled to see if patrons in other markets will gravitate to the concept.

Irish and Chin forged a business relationship with Stages Productions in 2009, which proved to be fruitful. To date, Irish and Chin has promoted three of Stages popular Jamaican Plays in the U.S. including "Bashment Granny 2," "Like Father Like Son" and "Serious Business." With sold-out shows of every play and strong business ethics, Stages Productions believed that Irish and Chin would be the ideal promotions company to lock in a complete U.S. tour.

Taking a different approach to promoting plays, similar to their grassroots/street dancehall entertainment promotions, Irish and Chin solidified a respectable position in the arena of Jamaican theater. Although delving into theater was described as a risky step for Irish and Chin initially, their success has proven otherwise.

"This deal will give our company a chance to make a mark in another genre of Caribbean entertainment," says Garfield "Chin" Bourne. "Over the years, our events have entertained the world and as a management company, we successfully blossomed the careers of our clients...it is my strongest desire to continue building and diversifying the Irish and Chin brand." 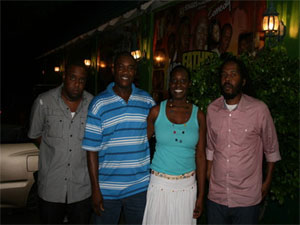 "Stages Productions is pleased to be partnering with Irish and Chin on the US tour of the outrageously hilarious 'The Plumber'...... our organization has been hailed for being innovators in the marketing and positioning of our productions in the Jamaican theatre landscape and we believe this partnership will further enhance these efforts," says Ryan "Tango" Prendergast, representative of Stages Productions. "The collaboration between Stages Productions and Irish and Chin is also driven by the shared vision of both organizations to raise the profile of Caribbean entertainment worldwide, including the provision of quality entertainment to audiences across North America, exciting PR and marketing campaigns to attract massive audiences and to provide exposure for our tremendously talented team so that they may showcase their skills."

"We realize the need to extend our markets beyond our existing reach......... Irish and Chin's reputation is solid and they are the perfect choice to help us in our attempts to develop into a major player in the film and theatre industry worldwide," adds Prendergast. "We anticipate a fruitful relationship for us both and look forward to future partnership."

U.S. audiences will be blown over by "The Plumber," which is centered on a love triangle with numerous twists and turns. The show's gripping story line leaves audiences anticipating what will happen from scene to scene as the issues of marriage, infidelity and paternity are brought to light. These issues ring true with audiences worldwide and invariably they become so drawn into the action that they forget that it's just a play and not real life! Contributing to that is the outstanding performance of the talented ensemble cast including Andrea "Delcita" Wright, dubbed "Jamaica's Queen of Comedy," Garfield "Bad Boy Trevor" Reid, Michael "Stringbeans" Nicholson, Everaldo Creary, Belinda Reid and Trudy Bell. Written by Paul O'Beale and directed by Paul O'Beale and Stede "Jooky Jam" Flash, "The Plumber" follows in the great tradition of comedic history mounted by Stages Productions. Stay tuned to irishandchin.com for details on the Fall 2010 U.S. Tour of "The Plumber."