Machel Montano to perform at Summerjam 2010 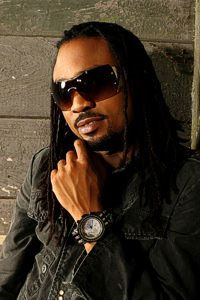 Summerjam, summerjam, summerjam! Yes! That time of year is here again when music fans from the world over congregate in Cologne, Germany to celebrate together in peace and love, the good vibes generated by the musical acts on display from 2-4 July 2010. For those of you that have never been to Summerjam, shame on you! There are no words to describe the feeling that overcomes you when standing before the podium, lights flashing, hands raised to the air, exuberant voices, surrounded by friends old and new, eyes fixed on possibly your favourite artist as he/she delivers the performance of a lifetime. There are indeed no words to describe this feeling. Being their in the flesh is the only way one can understand the “Summerjam High.”

Most people plan an entire year in advance to make the journey to Cologne. For many its their vacation and the thing to look forward to after a hard year of working, hustling and just dealing with everyday life. Summerjam is the ultimate escape from worldly stresses and the place where music caresses the soul, people are happy and friendly, and "togetherness" seems to be the umbrella for all people at the festival.

This year's edition of Summerjam adds an extra special burst of excitement and energy to the festival for a number of reasons. The festival would be celebrating its 25th version. Twenty-five years of Summerjam, the best artist and music mainly in the form of reggae and dancehall on display for the world to see. Twenty-five years of bringing people together in harmony for three days of fun with the absence of discrimination, racism, prejudice or injustice. Three days where personal and world problems are forgotten and its all about goodness and happiness, while loving the music. 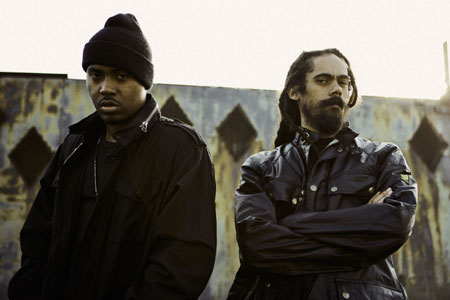 Balkan beat box, Cornador, Danakil, Easy Star All-Stars, Jamaram, LaBrassBanda, Morodo, the talented Nneka, Ohrbooten and Soja are just some of the fantastic acts that would take to the stage come Summerjam weekend. Other superstars gracing Summerjam with their presence and causing fans to already experience heart palpitations are Don Carlos, Fanton Mojah, the German Reggae ambassador Gentleman, General Levy, Jah Mason, Lutan Fyah, One of the most well-known and successful dancehall formations; T.O.K, Queen Ifrica “The Fire Mumma,” and the timeless Inner Circle. However, major major hype and anticipation surrounds artists like the "Fireman"; Capleton, Serani, the newest dancehall sensation, the energetic and dynamic Mr. Vegas, the unbelievable combination of hip hop legend Nas and reggae superstar Damien "Jr. Gong" Marley and of-course the first time presence of a soca artist at Summerjam Machel Montano. All our reports are confirming that soca fans from all over Europe have already bought their tickets to the event, not wanting to miss this opportunity to see the biggest name in soca music perform live at this 25th edition of Summerjam. A milestone and anyone knowing Mr. Machel Montano would tell you, that this man is in a league of his own when it comes to performing. A few words to the wise; "don't miss this."

So if you haven't bought your ticket as yet do so now and be sure to come out on 2-4 July and enjoy the atmosphere, delicious food menu from around the world, various shops, entertainment of all types and of-course most important, all the great music! Summerjam is unique and like no other festival. Probably the only music festival in the world where you don't necessarily need to be a reggae/dancehall fan to have an absolutely amazing time for 3 whole days. Still not convinced? Then check out the summerjam website at www.summerjam.de and take a look at some of the videos from past editions. Also on this website you'll find all the necessary info such as buying tickets, reggaebus, travel and much more.

See you on the 2nd of July! 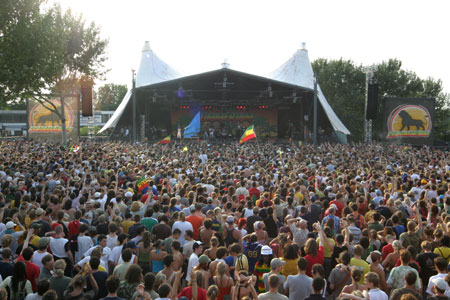