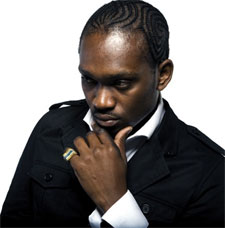 BUSY SIGNAL has been announced as one the headliners for Next Level PoisonUKs’ Carnival Concert 2010, set for Friday August 27th at the Troxy, London.

It has been a big year for the entertainer born Reanno Gordon, who is only weeks away from dropping his latest album DOB (Difference of Busy Signal). The album will be his fourth and is set for release on July 13th. Busy will play a show in Amsterdam, Netherlands on the 10th August as part of his UK tour before heading to London to perform at ‘90º: The Carnival Concert’, part of PoisonUK’s 2010 theme for its summer season of events, BOILING POINT.

This is a ticket only event priced at £35 for general admission and VIP tickets costing £55. E-tickets can be purchased on www.poisonuk.com or by contacting the PoisonUK Hotline on +44(0) 20 7193 5859. PUK Card Holders can get 10% off the standard price. EARLY BIRD TICKETS ARE SOLD OUT!!!!

***Get a FREE TICKET to 90º: The Carnival Concert when you buy a Nottinghill Carnival Costume from PoisonUK . For a limited time only. Check www.poisonuk.com for further details***

Get to the boiling point with Next Level PoisonUK...The Temperature is rising!!!