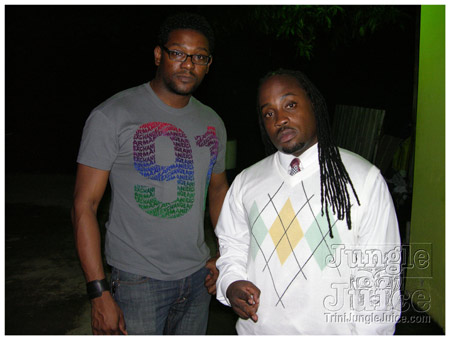 Monday June 21st saw soul artiste John John touching the stage at La Casa De Ibiza Lounge performing some songs from his forth coming album accompanied by a number of talented entertainers from spoken word to hip hop and explosive musicians. John John original name John Francis took the audience on a musical journey and TJJ was on hand to capture the experience.

Many of you my know John John from the runaway song/music video cold blooded http://johnjohn.bandcamp.com/album/cold-blooded accompanied by label mate Chromatics that gained surfactant rotation on local frequencies. But here is an insight on the neo soul artiste himself:-

As a young boy John John as he was called grew up in the Ghetto of Laventille in Trinidad and Tobago where he fell in love with music. His love for music was fused with raw talent and was noticed at an early age, where he was encouraged to join a music group in his neighborhood. He sang with such groups as Black Ambition, Kings of Origin back in the 90's where he did a mix of R&B and Hip Hop. In the late 90's he Joined a Local Gospel Choir named YouthPulse under the direction of local ascap winner Sterling Gittens this is where he received vocal training. After the choir disbanded in 2000 he decided to become a solo artiste, mostly doing covers at Casinos and Weddings. He later started writing songs but his love for both R&B and Hip Hop with the emergence of NeoSoul his songs reflected such a love in his music. His songs also mirrored the harsh realities of the Ghetto he lived in. John John has featured with Trinidad rap artiste such as T Fifth, Chromatics, Make it Hapn and Kane. John John was signed to a local music label Highway records where he is presently working on his debut album Citagrandson due to release in 2010 with a sound of Jazz, Soul, Hip Hop fused with Reggae which will be breath of fresh air.