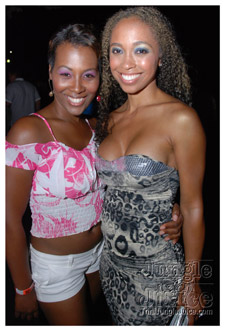 CROWD:
With the number of Friday night events taking place, it was a pretty decent turnout. Parking lot was full, VIP was full, back stage was full! Lots of Caribbean artists (upcoming, established and washed up) were in the building. We even ran into Edley "Shine" Payne of Born Jamericans.... talk bout memory lane!

VENUE/ACCESSIBILITY:
Can't miss RFK Stadium, and with that beaming outdoor spotlight at the venue you knew where the action was from miles away. Parking was easy and a pleasure to walk about. The convenience and peace of mind made the mandatory parking cost worth while. A cool night made the outdoor event an even better reason to be out.

VIBES:
DJ's and definitely performances had the place pumping all night long. DC's Sprang International and Miami's Private Ryan got the crowd warmed up before performances kicked off. Large up our homeboy Walshy Fire, who keep partygoers hyped up. Backed by his HD dancers, Machel did what Machel does best! High energy performance from start to end!! Patrice Roberts and Farmer Nappy represented the HD click on the night. Btw, is Zan and Umi Marcano still a part of the HD family? Performances from JW & Blaze, Skinny Fabulous and surprise guest Pitbull aka Mr. 305 (who Machel is currently on tour with) gave the show that added star power. It's a surprise that the gates didn't get mash down from the frenzy!! Foreign Bass outta NY held the reigns on the DJ set to close off the show as they told partygoers that it wasn't time to go home! 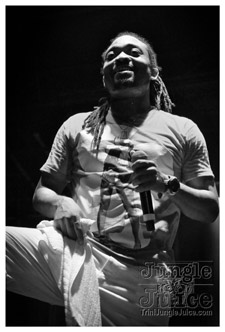 FOOD/DRINK:
Both VIP and General Admission had a wide variety of food choices, the only difference was, VIP ate for free! I didn't make it around, but I heard that the VIP area had plenty inclusive drinks while they lasted.

SERVICE:
Lots of VIP patrons weren't happy with the location (and hence the extra walk to get inside) of the VIP entrance. They also expected the VIP area to have more real estate area of the main stage. Drinks appeared to be serving fast and the bartenders were definitely fun.

COST/VALUE:
The parking, the venue and entertainment factor was definitely worth the cost. Machel Montano gave yet another stand up performance, not leaving out anything. Well, with lots of upcoming carnivals, he could have sang more of his new releases!