Sunday’s show revealed this season’s Producer’s Pick and last Wild Card. The two finalists who were given a second chance to come back and prove to Jamaica that they have what it takes to be the next Digicel Rising Star were both very grateful for the opportunity. 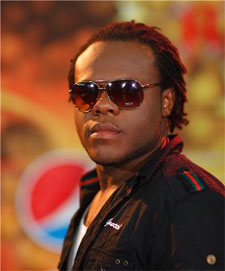 The Producer’s Pick, a five year veteran of the show who was finally given a chance to make it to the finals, Nicholas Gordon, was nothing short of appreciative and ecstatic for this most recent chance.

“It feels really good to actually be in the studio finals for the first time” said the 23-year-old who hails from Spanish Town, St. Catherine, and is proudly representing his town.   A graduate of St. Catherine High School, Nicholas works at ACs, formerly known as Eservices International Ltd., in Portmore, but has decided that his only true aspiration will be making music.

“Mi seh music, Straight!” he says with a laugh. Stating that he entered the competition to showcase his talent, and, just as importantly, to win.  He goes on further to tell of his experience on the big stage: “It was a great experience, I like it, I like the response from the crowd, I like the criticism from the judges, I like it!”

Nicholas’ first performance, a medley of love songs Gregory Abbott’s Shake You Down and Freddie Jackson’s Rock Me Tonight, was a bit too mellow for both the audience and the judges who expected a rock out loud performance, and the Judges let it known.

“They (the judges) said I was off key, but I didn’t hear it, but when I came off stage a few people were telling me it was a little bit off key. And Anthony felt it was boring. I don’t think it was boring as him seh, or as off key as Clyde seh, but really I wasn’t feeling the song myself. I don’t feel I brought it the way that I wanted to bring it.” He said when asked about his Sunday night performance.

When asked what he plans to bring to the competition in the future, his reply was simple: “Great songs, a better selection of songs and powerful singing”. More than anything, Nicholas wants to make himself, his parents and one year old daughter proud. 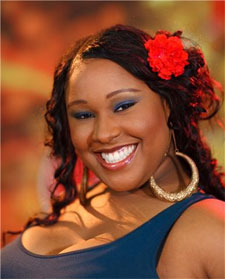 When asked why he chose her, Judge Anthony Miller simply replied: "You have to pick somebody, and she may leave the competition next week, but she has lots of personality, and she'll go out with a bang, not a whimper."

Millers Wild Card, the voracious, bubbly, Phylea Carly, was bumped from the Kingston audition's top ten, but got her second chance on Sunday to show Jamaica why they should keep her in the running’s.

The final Wild Card of this season, the 23-year-old theatre enthusiast wants to hit the ground running in this competition, while at the same time making a few changes.

"I just wanna make music! It’s my passion, my life, and I've been ignoring it for way too long. And every turn I make it comes right back." She said after her performance on Sunday. And though she's a little nervous about shaking things up, she still wants to give Jamaica "Good Music, something different from what they're used to".

She continued, "Tessanne is doing pretty well, I like the whole Jazz aura and I think we tend to neglect it. Yeah it’s not necessarily Jamaican, but any way you take it, Jamaica has a mix of music."

Phylea did stand out in her song selection, Rihanna's Russian Roulette, the only contemporary Hip Hop song in the lot, though she did get some criticism from the judges for her song.

"They were correct in terms of what they said" she stated, but then explained "I didn’t want to do that song initially but I didn’t really much time to think about it nbecause I'm a wild card. The privilege of taking time to choose, I didn’t have that, I had to just give in a song right away."

The Wolmers High School graduate jokingly said she was "forced!" Into Rising stars, but then said more seriously: "I was kind of pushed into it. I'm a bigger fan of theatre than singing on stage in front of a million people. It’s easier for me to go drama because you come out of your skin; you pretty much take on somebody else.”

And though Phylea is no stranger to the stage, participating in numerous school plays and two years of pantomime, starring in Runner Boy and Pirate Jack, according to her it didn't "stop my knees from shaking!"

"It’s pretty intense, there is a lot of pressure, but I'm comfortable on a stage as long as I know what I'm doing!" She said referring to her experience on the big stage.

The Almond Town native who says she is “repping” her whole island, wants especially to make her mother and sister proud.