From youtube to you "The Sorrel Boyz" are here 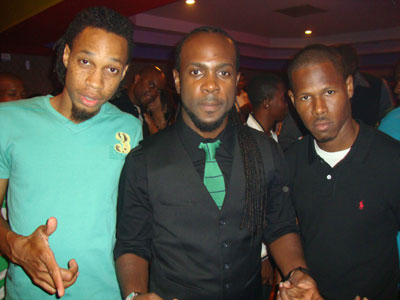 It is no secret that over the past years non-conventional means of media have been the catalyst in the birth of stardom for many different artiste. Internationally pop singer Justin Bieber’s talent was discovered when seen by Usher Raymond on youtube. In Trinidad and Tobago however the story is a bit different. In 2009 Kevon “Larynx Merit” Griffith, Jevon Griffith and Kerron Edwards created a youtube music video that created a buzz all over Trinidad and Tobago simply by asking the question “Yu wha some sorrel or wha?”

The video started started a craze and soon after many people in Trinidad and Tobago were asking each other the same question. In May 2010 the young men had their second major release with “Ugly Gyul” a parody to Vybz Kartel’s Clarks. On Saturday the group was even able to secure a performance spot in Bunji Garlin's "Earthstrong of a lyricist" and have also been carded for performances in many events within the next month including Step out 2 in Club Sting, Great Fete Weekend in Tobago and others making it clear that The Sorrel Boyz are definitely not just going to settle for being a passing cloud in the entertainment industry. Having just released a brand new single titled “She naughty” and many more performances ahead it’s clear that the Sorrel Boyz are here.