By Ted aka Jungle Stallion
Published on 27-Jul-10
This is one of the more difficult reviews to compile owing to the fact that  there were a number of factors that contributed to the rating assigned. To appreciate the circumstances lets begin by examining ....
>> View Eyes Wide Shut Toronto Gallery 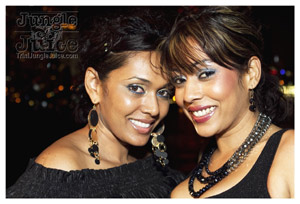 CROWD:
"The gathering" was not what you would expect for such an event!!!

VENUE/ACCESSIBILITY:
The RIVER GAMBLER is a nice vessel for this type of event however the restrictions placed on the music levels can leave one wanting.

VIBES:
This is one of the more difficult reviews to compile owing to the fact that  there were a number of factors that contributed to the rating assigned. To appreciate the circumstances lets begin by examining the turnout. All persons, including the writer crew and entertainers totaled 189 aboard the RIVER GAMBLER which has a capacity for 500.  Boarding commenced at 8:45 despite the somewhat misleading ""BOARDING 7PM-12AM"" as listed on the promotional flyer. At 9:05pm The RIVER GAMBLER ""set sail""  with those who had come to hear sweet SOCA/CHUTNEY From ROY CAPE and KARMA, however at 9:45pm the disappointing sight of ROY CAPE members taking down their gear was witnessed. At this point (and since) no official announcement had been made as to the reason for this decision.

All was not lost , as KARMA was seen setting up their gear @ 10:05pm. Unfortunately they to encountered a hiccup as they were without their drum and keyboard players who arrived later via water Taxi. At 10:35 the crowd (or should I say gathering) was asked to move closer to the band and KARMA did their thing much to the appreciation and delight of those in attendance.
Just as things were warming up it was time to disembark.

Many questions were asked with respect the late (and misleading) boarding time as well as the absence of  ROY CAPE. I would therefore like to offer a response with regards to these 2 questions.

First off sometimes we have to  read and spell for some people and in light of this fact the information that we put out should leave no room for ambiguity and as such the flyer should have read BOARDING at 7PM RETURNING at 12AM as opposed to Boarding 7pm-12am. This is not to say that this was the sole reason for the poor turnout. That being said had the boat left at 7pm as advertised there would be fewer than 100 patrons on board. With respect to the non performance of ROY CAPE I can assure you that this band is a PROFESSIONAL outfit and were ready to perform and concluded their sound check as early as 6:55pm. A decision (based on factors known only to the promoters) had therefore been made as to who would perform and the choice was KARMA. But make no mistake ROY CAPE was present and sound-checked @ 6:55pm. With the late start  there was absolutely no way the 2 bands could have performed.

I would like to thank all those who attended for the civil manner in which they responded to the events that left them feeling, and justifiably so, much like the 1990 coup in Trinidad which incidentally was on the same day.

FOOD/DRINKS:
The RIVER GAMBLER is outfitted with 2 bars one on the upper main deck and another in the lower. Food was included with the $55.00 ticket purchase.

COST/VALUE:
Food was included with the $55.00 ticket purchase however in light of the circumstances described in the review .... I am not sure what to say ...