“I have a special set lined up this year with a special feature at the end and I know the fans will like it”. 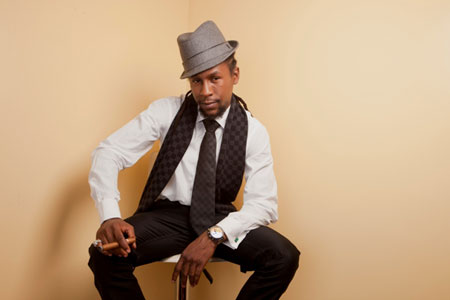 July 22, 2010 Kingston Jamaica:- International reggae artiste, Jah Cure and his An.Ti.Dote Band are Sumfest ready. The artiste who is scheduled to perform on International Night 1, alongside the likes of Etana, Queen Ifrika and Hezron, has been busy rehearsing his set and is fine-tuning his slew of hits specially for the Sumfest Stage.

Jah Cure, who recently returned from Cuba where he shot the video for his latest number one smash Unconditional Love, says the Sumfest experience is one he looks forward to every year: “Sumfest is the number one reggae experience for the fans and artistes. Every year I look forward to it as a sort of validation of the work that we have done. I have a special set lined up this year with a special feature at the end and I know the fans will like it”.

The special feature to which Jah Cure refers is the first time ever, Sumfest Live Premier of the video for Unconditional Love. Cure explains why he chose his Sumfest performance for his Live Premier: "Sumfest is ours, it has come out of and is dedicated to our music, I could not find a more appropriate place to debut this video?"

The groundbreaking video for Unconditional Love was shot over four days in Havana Cuba. Jah Cure says he decided to shoot the video in Cuba because Havana mirrors the image the song is putting forward: "It had to be Cuba, the old cars, buildings and overall feel is wonderful. The song is about finding love when you least expect it and Cuba is the perfect setting to express that message to the fans. I am happy with the way the video turned out and I want to thank the people and government of Cuba for accommodating us."

Unconditional Love which was released earlier this year has become a smash hit here in Jamaica, the United States and throughout the Caribbean. In Trinidad the song has topped numerous charts and is receiving hundreds of plays monthly. In the Eastern Caribbean the story is the same, in the US it is gaining a foothold in the latin market and in Jamaica it is a crowd favourite and is number one on several charts.

The Reggae star is slated to release his latest album this summer and will leave Jamaica at the end of July for a multi-city European Tour which will end in August.