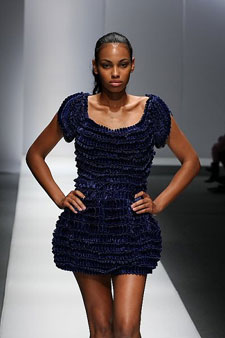 Port-Of-Spain, Trinidad (Sonique Solutions) – Trinidad and Tobago is poised to become the Caribbean’s creative capital with its ever growing arts and entertainment sectors. To add further momentum to this, Coco Velvet International Model Training Academy has partnered with telecommunications leader Bmobile to create a forum dedicated to the development of the country’s fashion and design industry.

Top Model Trinidad and Tobago or T&T Top Model as it is also known is a concept that has been implemented since 1999 by Coco Velvet International aimed at producing the highest caliber of models for the local and international fashion industry. The road to T&T Top Model 2010 began with the “Tobago Top Model” competition which saw the sister island’s Reon Styles and Nisa Benjamin being crowned as the male and female winners respectively which gave them automatic qualification for spots in national finals.

Next, 65 male and female models were selected from 700 hopefuls screened in both north and south Trinidad. These 65 semi finalists have been participating in a series of personal development workshops. Their training however will be put to the test at the semi-finals elimination event on Sunday 25th July 2010 where the group will be cut down to 20 female and 20 male finalists for the finals on August 8th.

The Semi-finalists have been busy in training at Coco Velvet’s Professional Fashion Model Workshop. They have been coached by professionals on Communication Skills Development, Deportment and Etiquette Development, Wardrobe Management, Image Management, Skincare, Healthcare, International Runway Technique and Print and Commercial Modeling. The elimination event on July 25th will be one of the first real tests of their commitment to succeed in a high pressure modeling career. 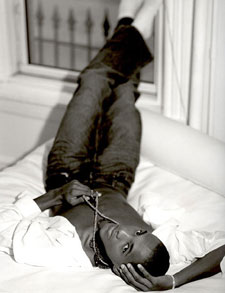 Another highlight of the‘Makin’ Style Gala Fashion Collections’ is that it will also feature designs from the first graduating class from the University of Trinidad and Tobago’s Diploma in Fashion Design program. Their collections will be featured alongside other established couture labels such as MSquared by Meiling, Maurice Sedwell Bespoke Tailors of Savile Row London, Millhouse Clothing, Christian Boucaud Designs, Spicerack, Sandra Hordatt Swimwear and Ecliff Elie Menswear. The 40 male and female T&T Top Model finalists will model these fashion lines.

Among the top prizes, the male T&T Top Model winner will receive castings at key New York City model agencies and the female winner will have the opportunity to participate in a major model and beauty competition held in October in Shanghai, China. This competition is staged by Elite Model Management (an agency which has represented Tyra Banks, Heidi Klum and Naomi Campbell).

Event sponsor Bmobile will also host a people’s choice award to be decided via text through its “Text to Vote” campaign. “The models and designers are getting a very good grounding in the local fashion industry. Bmobile believes that they have the potential to make their mark on the world stage and we are glad to help local talent pursue these aspirations as well as help to bring more attention to T&T’s fashion industry” said TSTT’s Lisa Agard, Executive Vice President responsible for Bmobile.

When asked about the reaction of both the aspiring models and student designers to this real world fashion industry experience created by T&T Top Model, Coco Velvet’s Chief Executive Christopher Nathan explained, “The models recognize the importance of this process. Before these formal and educational training programs became available modeling wasn’t seen as anything more than a hobby. Now it’s seen as a viable career. Also, the student designers get to sit on the jury alongside professionals like Meiling and Claudia Pegus where they can get a better understanding of how models are selected. This will serve them well in their professional design careers”.

Nathan added, “I believe that in time, fashion will significantly increase the country’s GDP and create new jobs and I want to thank TSTT for their involvement in this effort”.