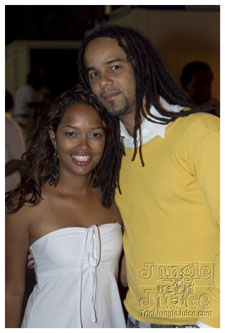 Afropan, the people’s steelband of Toronto hosted their annual Sunday blockos at their panyard every Sunday during the month of July leading up to the Caribana weekend. Many pan fanatics and members of the Afropan family came out in support each Sunday to savour the musical treat provided by the band. The sweet sound of the steeldrum resonated through the atmosphere and soothed every musical bone in the body leaving all those watching with a feeling of pure bliss.

Pan lovers, Jazz lovers and all who were seeking a good time were welcome to lime with the Afropan family and enjoy a few Sunday afternoon drinks and BBQ ; all this while watching the Maestro Earl Sr drill the band to perfect the musical arrangement for competition day. Musical greats including Andy Phillips, Eddie Bullen and Duvone Stewart graced the pan yard with their superb musical abilities and added a touch of Jazz to the Sunday evening.

The talent of Afropans own was also displayed by the enthusiastic band members who danced and swayed to each beat of the rhythms that they played. Everyone from the drummer down to the tenor man was on a musical high. One little drummer boy amazed the crowd with his talent as he put his sticks to work on the pavement, only stopping to stretch his tiny legs at various intervals. Opera singer, Amanda who is also a member Afropan gracefully serenaded the audience with the old time classic, Summertime with musical accompaniment provided by the Jazz band. 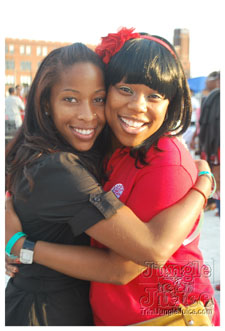 The final Sunday in July was the day of the ‘Afropan Big Blocko’. The crowd gathered from the early afternoon and remained until the end of the event near midnight. Persons of various ages as well as players and arrangers of different bands in the city came to support the band’s final event for the summer.

All these weeks of late night practices and Sunday blockos climaxed on Pan Alive day, at the battleground, Lamport stadium.  On this day, each band put their best musical armour on display to challenge their opponents. In the end, Salahs steelband from Montreal captured the first place followed by Golden Harps International and the Afropan Steelband in third place. Amazing job Afropan! We are looking forward to liming with you again!