By Jeni I.
Published on 18-Jul-10
Half the Bim Soca Junkie population turned up on Sunday fuh Soca on De Hill at Farley Hill National Park, to enjoy an entire day a hard core SOCA, through ...
>> View Soca On De Hill Gallery 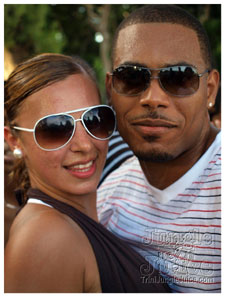 CROWD:
Half the Bim Soca Junkie population turned up on Sunday fuh Soca on De Hill at Farley Hill National Park, to enjoy an entire day a hard core SOCA, through sun and rain.

By the end most went home muddier than J'Ouvert! Was great! haha.

VENUE/ACCESSIBILITY:
The venue is perfect fuh a concert which is why Reggae on De Hill was der in April.  With the performers on a stage on the lowest ground and people risin up on the hilly slopes around, everyone had a great view of the performances.

Any problem?!  Other than Farley Hill being so damn far to drive to without directions, nah jus as well Bim so small!

VIBES:
There was a good atmosphere in the crowd from hard core fettin at the front to the more laid back winers at the back.  It wasn't too packed either which was a shock - guess the rain washed away a lot a potential attendees.

The acts were great, with some a the acts interspersed wit DJ's etc, was great, just one issue....WHY DE HELL PUT DE HEAD LINE ACT ON 1ST??!?!!!!

Destra was one a the first and most anticipated acts to see and she went on real early much to the disappointment of most people who bought tickets, who turned up on Bajan time - about 2hrs late.

A lot a people were disappointed, myself included.

FOOD/DRINKS:
Food and drink was available throughout the event, whilst VIP ticket holders were given tickets and wrist bands for their complimentary food and drinks.

SERVICE:
Service was fairly fast, but then the crowds were a manageable size.

COST/VALUE:
Early bird tickets were available for an affordable $40 and last minute purchasers had to pay $70BBD.  With the exception of the disappointment of missing Destra it was a great line up of all the top acts for Kadooment this year, so money well spent!