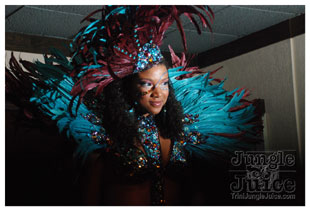 A Tribute to the Mighty Sparrow

In 1956 Sparrow won Calypso Monarch and Carnival Road March with Jean and Dinah followed in 1960 with Mae Mae and Royal Jail in 1961.  Congo Man, which was criticized for its attitude towards women and Africans and was banned on radio until 1989, followed in 1965.  Big Bamboo with its frank tales of sexuality came in 1966.  He sang Jane in 1968 and in 1974 won Calypso Monarch with Miss Mary as one of his songs.

Costumes will cost - $165US for backline (female) $155US (male)  Contact section leaders for frontline prices. 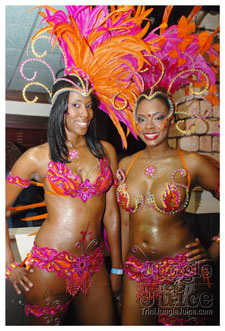 You cannot play mas in CNzMiami unless you have either:
1). Bought a CNzMiami specific costume; or
2). Paid the mandatory Registration Fee for all CNz Caribana masqueraders (and you must be a registered 2010 CNz masquerade).

All others will be escorted out the band, just like last year ....