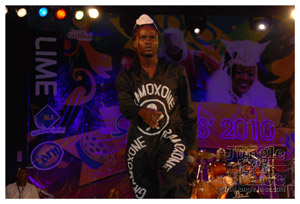 Kaiso ... Kaiso, lets go! The Dimanche Gras Show also known as Calypso Monarch was held at the National Stadium on Sunday 8th August. Kicking off at 7 PM, it was time for social and political commentary from the night’s finalist, as they began the battle which consisted of 2 rounds of intense competition, all in hope of capturing the night’s title.

This was the finals so the level of competition was expected not only to be high but also of quality and substance. Crowd participation was also high as well, as many patrons verbally expressed their feeling of like and dislike, shouting from the stage side in the hopes that the various artist or as they are better known ... Calypsonians, would hear their comments. After all was said and done, here is a rundown of the top three winners on the night and the songs that they performed.