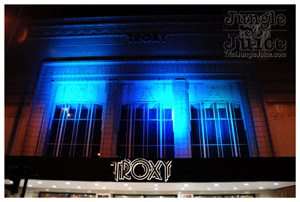 We are BOILING!!!!!!!!!! It's that time of the year in London; yes that's right! Notting Hill Carnival FRIDAY!!!!! If you are from the Caribbean and you love your culture, or you are not from the Caribbean but you embrace the Caribbean culture as if it were your own, then you have no other place to be on carnival Friday except in PoisonUK's Concert & After Party; this year so aptly entitled: 90° Boiling Point! Can you imagine the feeling of 90° ?... Could this be degrees Celsius or degrees Fahrenheit ?  CAN YOU IMAGINE THE FEELING OF 90° Celsius!??!!! The concert and after party have grown significantly over the last four (4) years and having had our first experience some years ago (Daddy Chooks & Scorn Juice) we have really seen the evolution of this event. You may ask yourself:  evolution into what? We do not know yet... maybe you will tell us?

At face value this is what the NEXT LEVEL Evolution looks like: 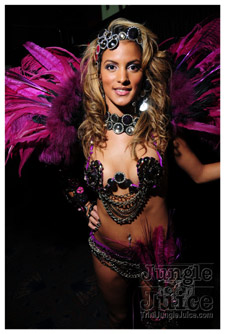 Moving along... with all the various & notorious hype around this event, we were still given the exact same location  as last year: Troxy. I remember PoisonUK once had this event in the Hammersmith Apollo ...(scratches head and thinks ...!!!) Nevertheless, Troxy served its purpose ... a large stage elevated so that you could look at the roof/sky at the same time; a huge pit area for all the "best behaviour" to take place; a comfortable VIP area with an exquisite view of the stage and pit; bars with staff ready to serve you at a minutes notice and security working the doors inside the venue to prevent anything bad from happening or even preventing you from coming inside ... what more can you ask for? ... BIGGER TOILETS DAMN IT!!!!!

As usual the crowds came out in their numbers tonight,  and with all crew and crews coming in from New York, Trinidad & Europe, this is the place where everyone will meet up! The nefarious outfits we saw tonight on the ladies were priceless!!! The guys were just there as usual ...We heard a few girls complaining that there was not enough "hot meat" inside to gape at or "create their juices" oh well ... it happens! Bearing that in mind , but speaking from a male perspective; the eye candy was not that great ... however,  there were a few fuchsia roses within the "field of gold". 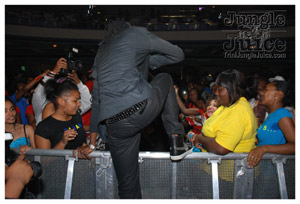 At this point in time readers would like to read about the performances ... yes?
We are not going to say much but we will give you the highlights and the Scorn Juice official school report:


* Konata : New Artiste out of Trinidad & London: First single...creating the hype & always rising! Good Effort!!!- B!
* Lil'Rick : Daring Bajan Artiste for years in the Soca Culture : Never Fails! Never Fails! Never Fails! The crowd screams; the crowd moves - A!
* Donaeo : British Artiste; Has been in the music industry for years; his hits are well known on the market!  A bit like the odd one out on the line up, BUT we loved your performance .... so did the crowd with their hands in the air for every song you sang - B+!
* Tallpree : Grenadian soca super shining star ; always dressed to impress! Tallpree you were wicked (get it?) Anyone who was not there missed out! You brought Vibe; you brought ENERGY!!  You were what people wanted to see - A+!
* Skinny Fabulous : 135lbs of St. Vincent blood! Do we really have the words to describe this performance??? Without a doubt, without a blink of an eye, without missing a heartbeat : Skinny You Win!!!! Going into the crowd...making them move, jumping up with them (reminded us of Berlin Carnival 2010) ... you should be grade-less really BUT top of the charts - A+ (WITH A GOLD STAR TOO just like in primary school)
* Busy Signal : Jamaican Dancehall Artiste : Numerous one liners that define him and make him a remarkable performer ... Attack Attack; Testing 1, 3, We Nah Test 2 ... Busy!  Superb performance Mr. Signal ... simply superb (you even had the German & Dutch posse screaming ... BUSY!!!!!)  A+! 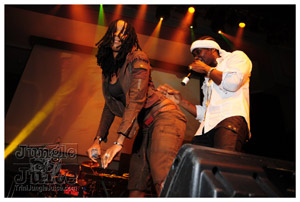 * Faye-Ann : One Of the Queens of soca in Trinidad & Tobago! Mrs Lyons-Alvarez ... you never disappoint us yet ... never ... we could also safely say you have not flat-lined or peaked as yet!!  we know you have more to come and having Bunji sing a three lines during your performance had the crowd pulling out their hair! It was remarkable and let's not forget... the infamous wining on Busy Signal for your collaboration and then watching around after ... HA-HA!!! All in all a great performance !!!! TJJ love you guys and it's grass roots love too (The Chronicles ... still a huge captivating album!!!!!!) A+!
* Kes The Band : Kes, since the break off from Imij & Company has kept his versatility and definitely has been doing his own thing! Not to disappoint anybody or anyone, Kes delivered his performance with pace & energy as usual... calling up a woman on stage that he can lift up  (I think it is his defining mission in life)  He always puts on his combat shoes; he tests the waters ... he looks for a woman ... he spots the woman ...puts her in a vulnerable position ... AND of course makes sure the bamsee rolling and she good for the killing ... FINALLY he attacks!! But wait ... we had a negative on this mission tonight ... a HUGE negative!! Nevertheless : A+ !
* Shal Marshall : Even though you came on last you were very well received; Singing renditions of your soca hits of 2010 ... A- ! 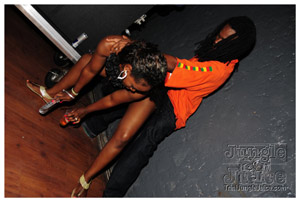 With the concert over and all of those performances to analyse, shake your waistline, throw your hands in the air, lock back and come back ... now is the time that we head to the after party and we really "leggo de beast" or did we?

Club Debut, formally SeONE, in the tunnels under London Bridge ... yes yes yes, the USUAL spot,  split into two rooms tonight with the likes of Alicia D Duchess, DJ Spice, DJ Markee & Studio Guyz on the decks pumping all the music we love from soca &dancehall to Rap; the after party really was just the thing to close off the night. A Few KEY points to mention:

* There is always a long disgusting queue to go into Debut for this event! Three years strong and the line has always been disgusting and just nasty ...
* Debut will always remain a spacious and dark venue for all the night owls
* Some people were enjoying it, dancing and sweating ... others...well a conversation in the party was the better option!
* £20.00 entry fee ... not bad! BUT if you went to the concert and paid £35.00, you would have to pay £20.00 to get in as well... however if you paid £50.00 for VIP entrance for the concert...you would have entrance for the after party included!!!! hmmm...still questioning the "bang for buck theory" TJJ welcome any opinions on if this entire event was worth your money??!
* There was food being served at both venues; the concert & the after party and VIP ate for free or should I say a meal was included in your ticket price. We did not get to sample the food but we did not hear any complaints!
* Drinks service ... uhm, not to sure on that either! We believe it was pretty good ... no stress to get drinks and we would say well it was "city" prices ha-ha ... Drink A Drink!

Scorn Juice ...
worth the bitter after taste ...